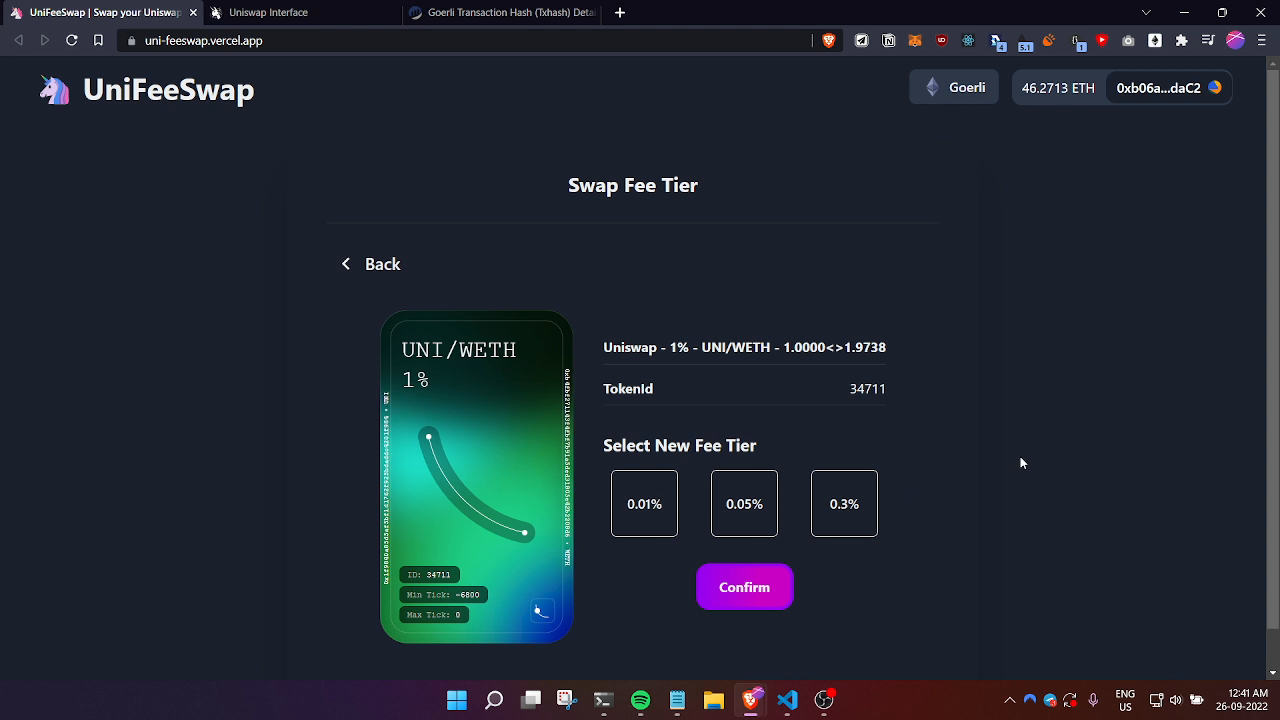 There are instances when the same token pair in Uniswap V3 pool might be earning a higher APR because it's in a different %fee tier pool.

As a liquidity provider you'd want to switch your pool while maintaining the same range, but doing so manually requires several transactions. To solve this I have built UniFeeSwap which does all of this in a single click!

Used foundry for writing and testing smart contracts. Built the frontend in next.js with wagmi, ethers, and charkra-ui.

The contracts are deployed on Polygon, Optimism and Goerli networks.