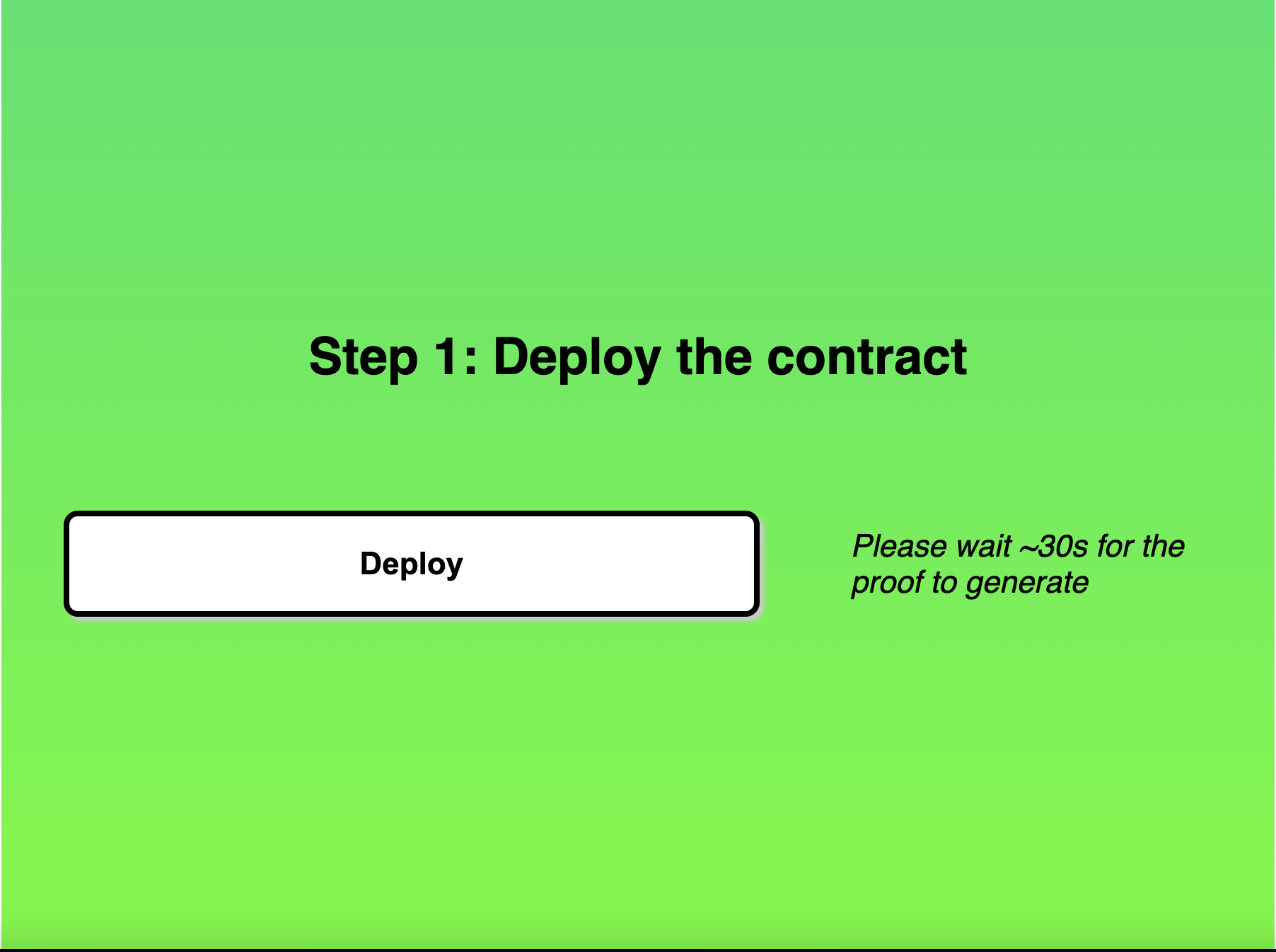 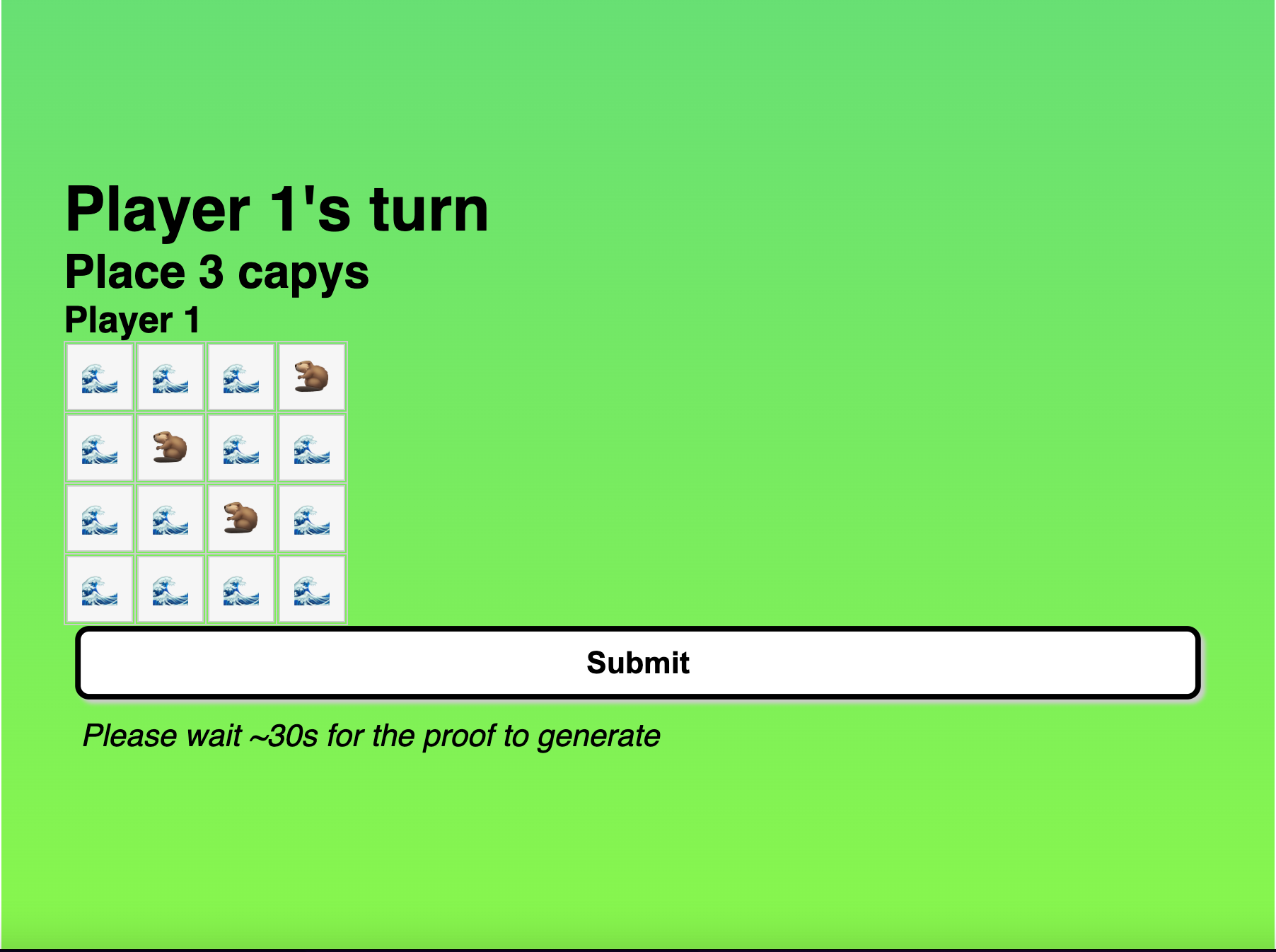 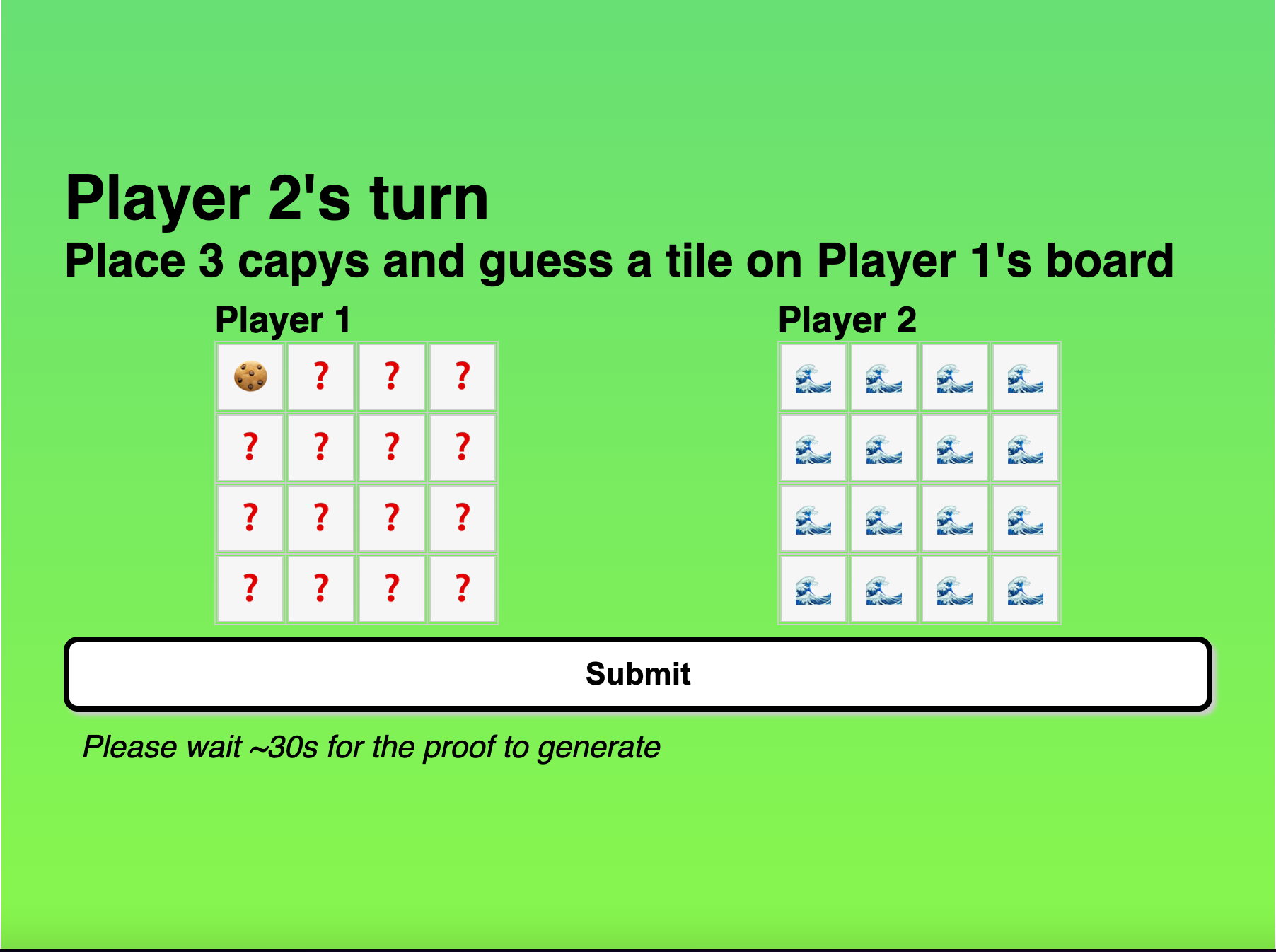 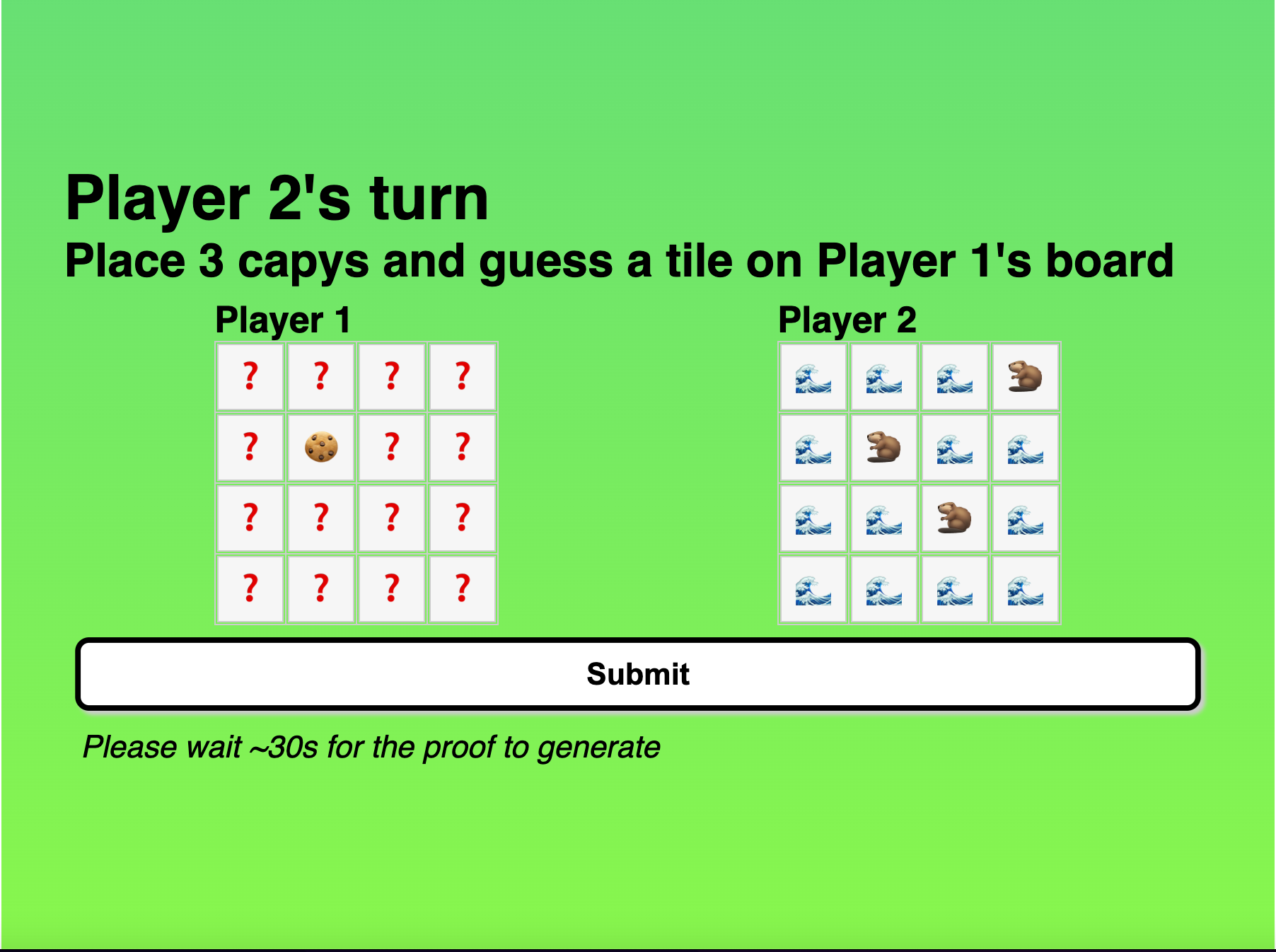 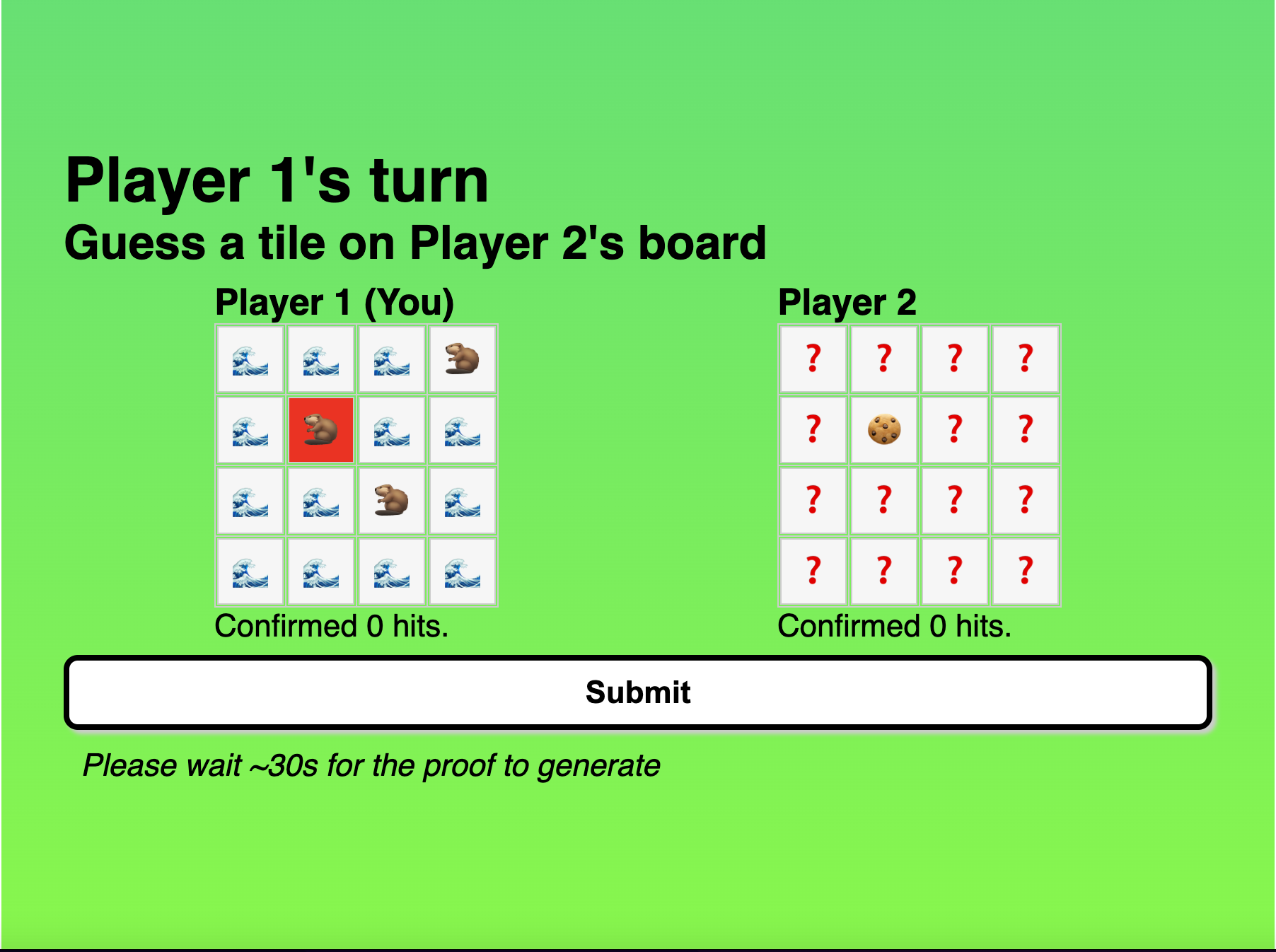 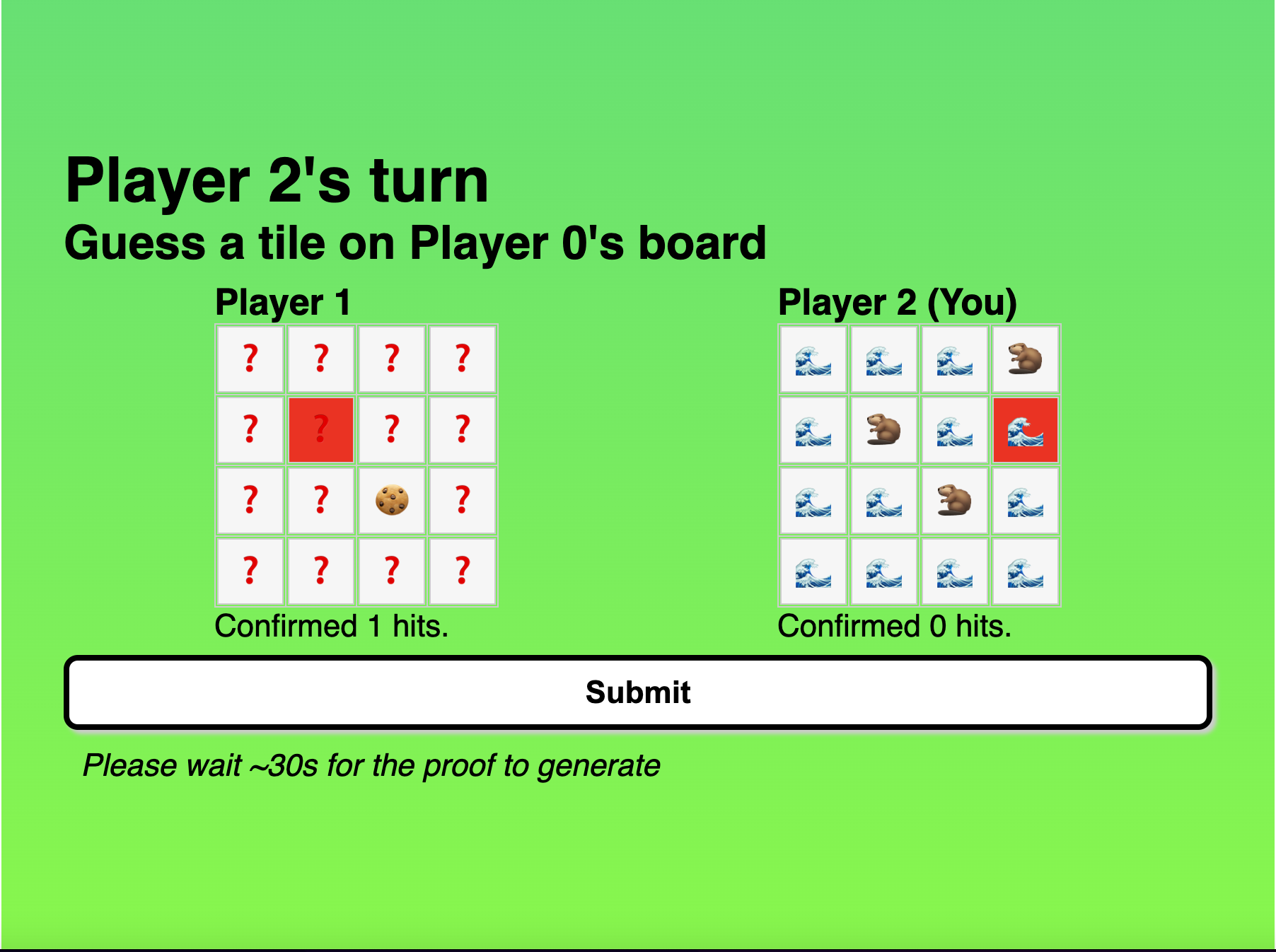 Built during the EthBogota 2022 hackathon, this modern twist on a classic bridges the gap between zk-proofs and Colombia native species, the capybara.

A never before seen, potentially first ever capybara themed web-based game on Mina.

We used SnarkyJS and the Mina protocol, to build our battleships game. To play the game, you deploy the contract, then submit a hash of your board layout, along with a proof that you have placed a legal number of capybaras!

This has stored on chain to be accessed by the second player. They then play their turn in response by using a proof of their "layout" & selected hit.

Ideally, we wanted the game to be off-chain, using recursive proofs to stack each turn into a proof of each other. In a more Peer-2-Peer way, doing this would mean that the blockchain wouldn't be necessary and the game would be mostly off chain with settlement only needing to be committed at the end.