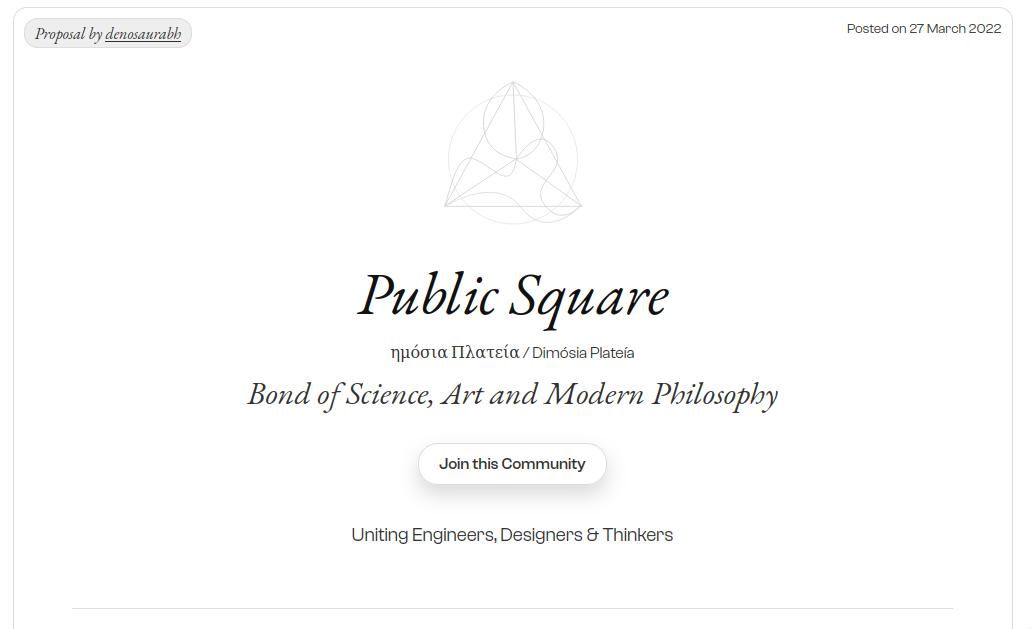 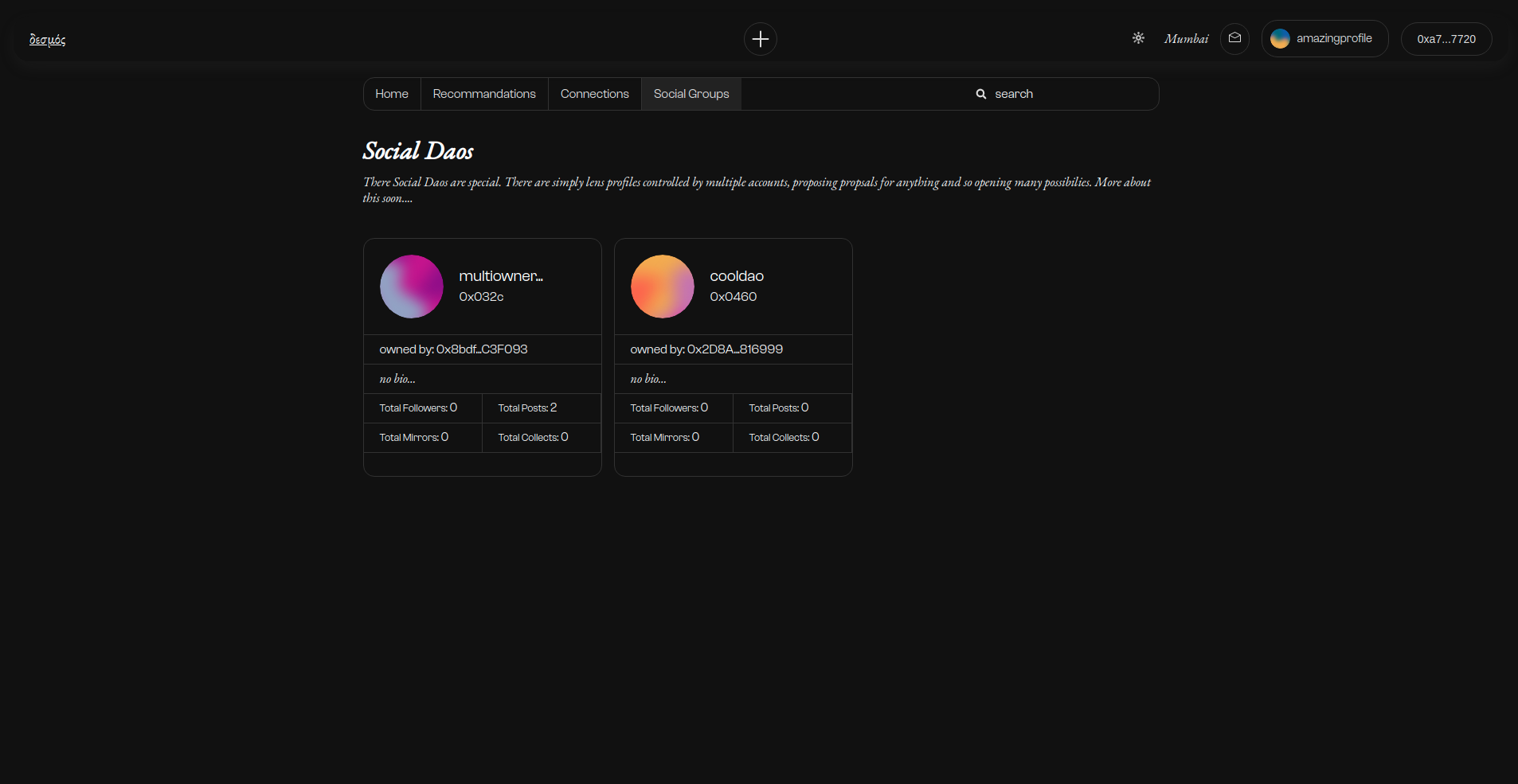 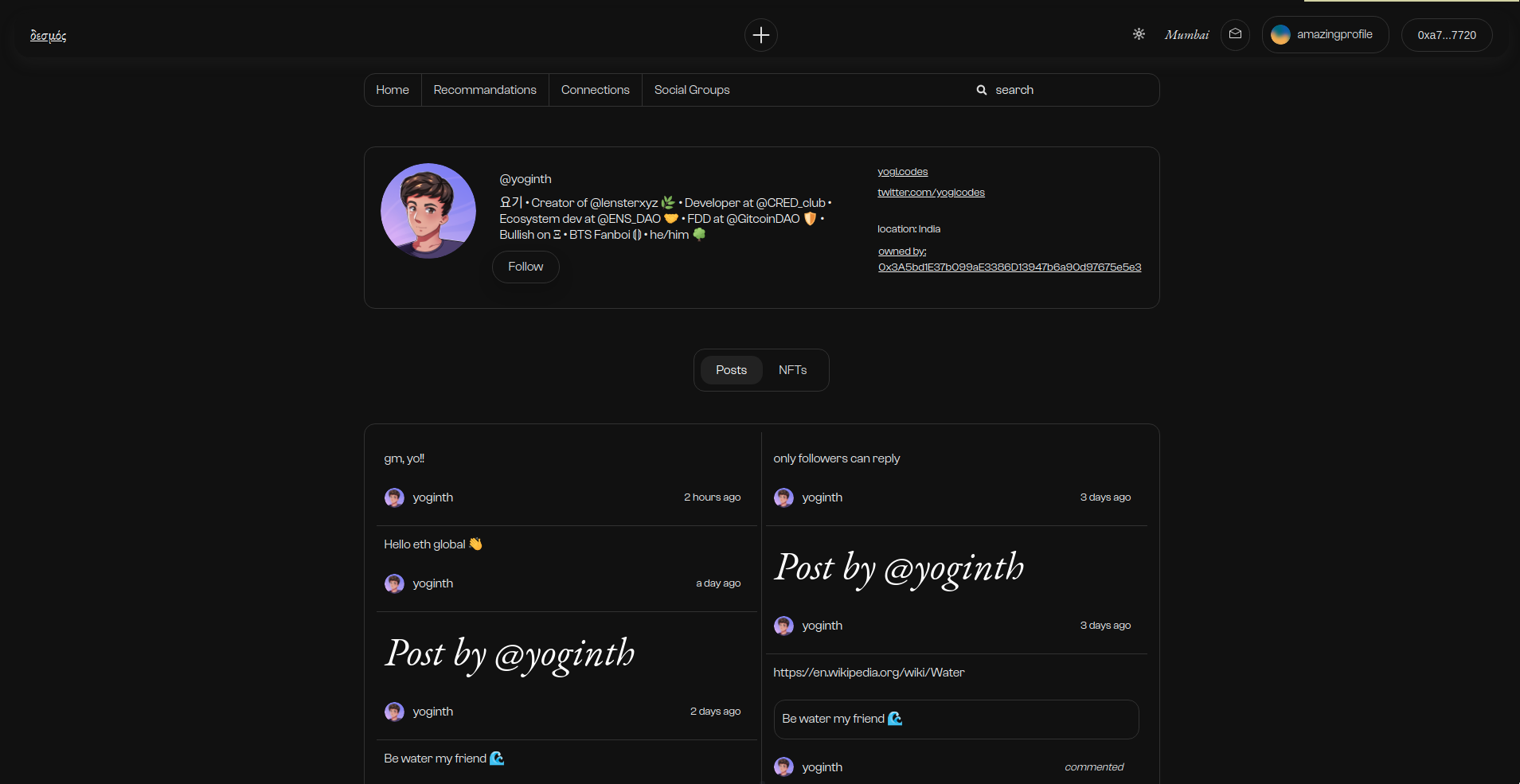 Public Square is a social app build on top of lens protocol proving all the features of a social app but in decentralized world. You can create profiles, publish a post and see other people posts. Other main feature of Public Square is Social DAOs, you can create your own Social DAO anytime, with that you can publish, confirm and execute proposals (transactions). With a Social DAO in Public Square build on lens protocol, you can Publish Posts, Subjects and open discussions. The Ideology behind SocialDAO is that users can make a small trustless group with people of similar interest that they found on lens protocol, where they can talk about whatever they want. Terminologies:- Constitution: A constitution is the rule of SocialDAO which should be followed by everyone in that DAO. Treaty (coming soon):- A DAO can send a treaty to another dao to meet together can collectively talk about their common interest. SuperDAO :- Many DAOs forming together to make a SuperDAO. With Constitution, Treaty and SuperDAOs the Public Square will really become a Digital Decentralized Society :)

For main Framework NextJS has been used, Stitches + Radix Primities for styling and GraphQL + Apollo For data fetching.