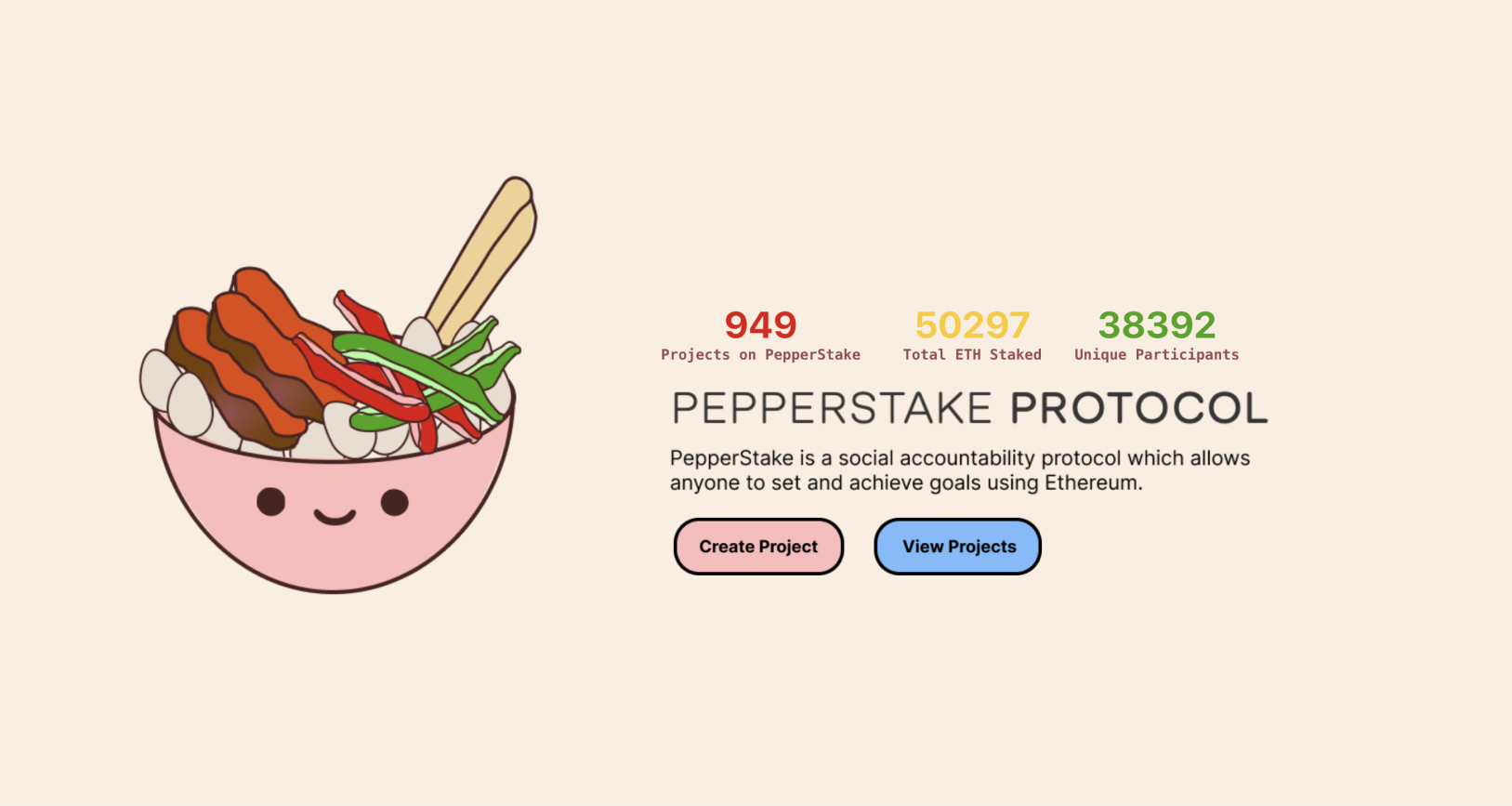 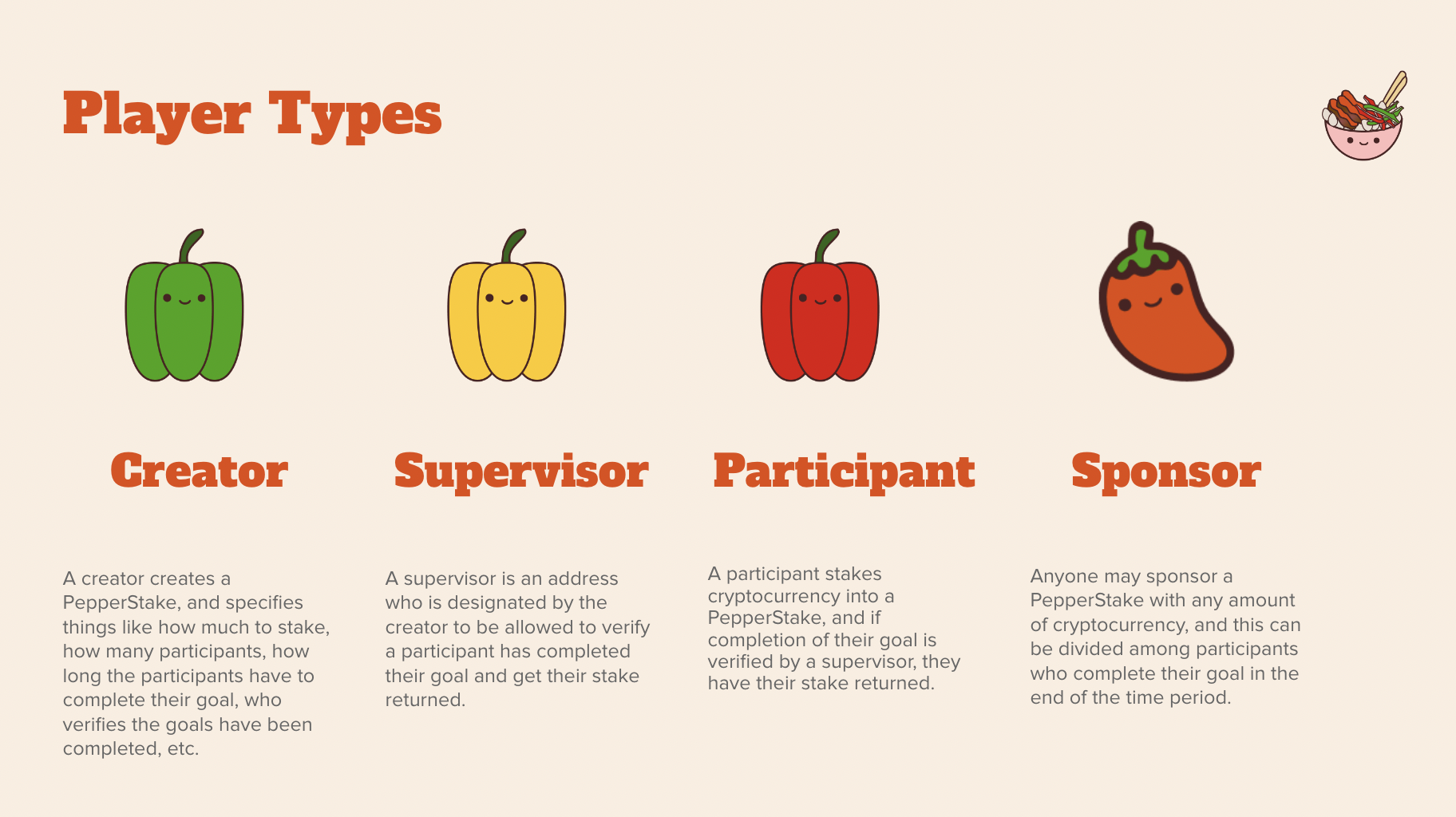 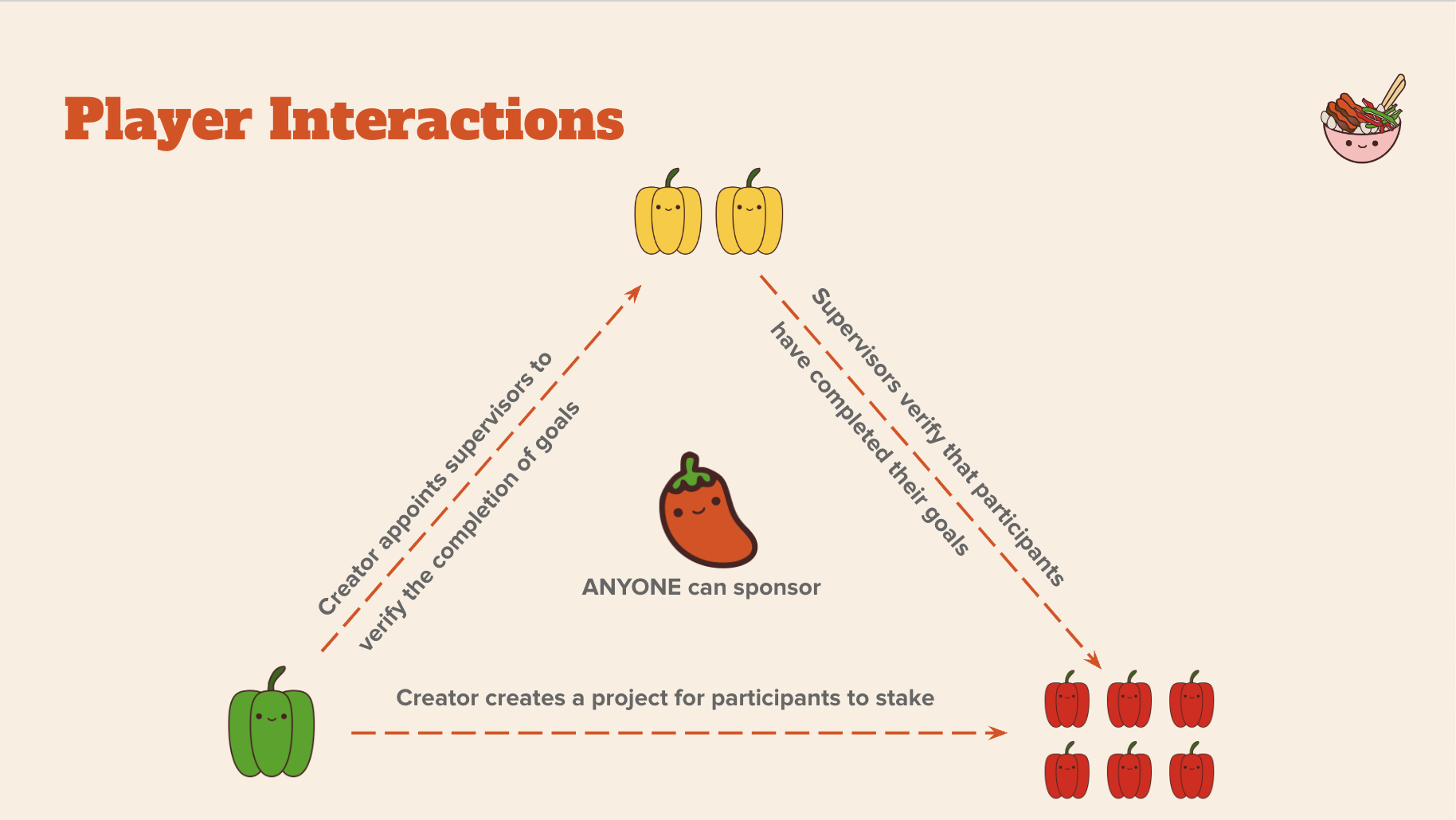 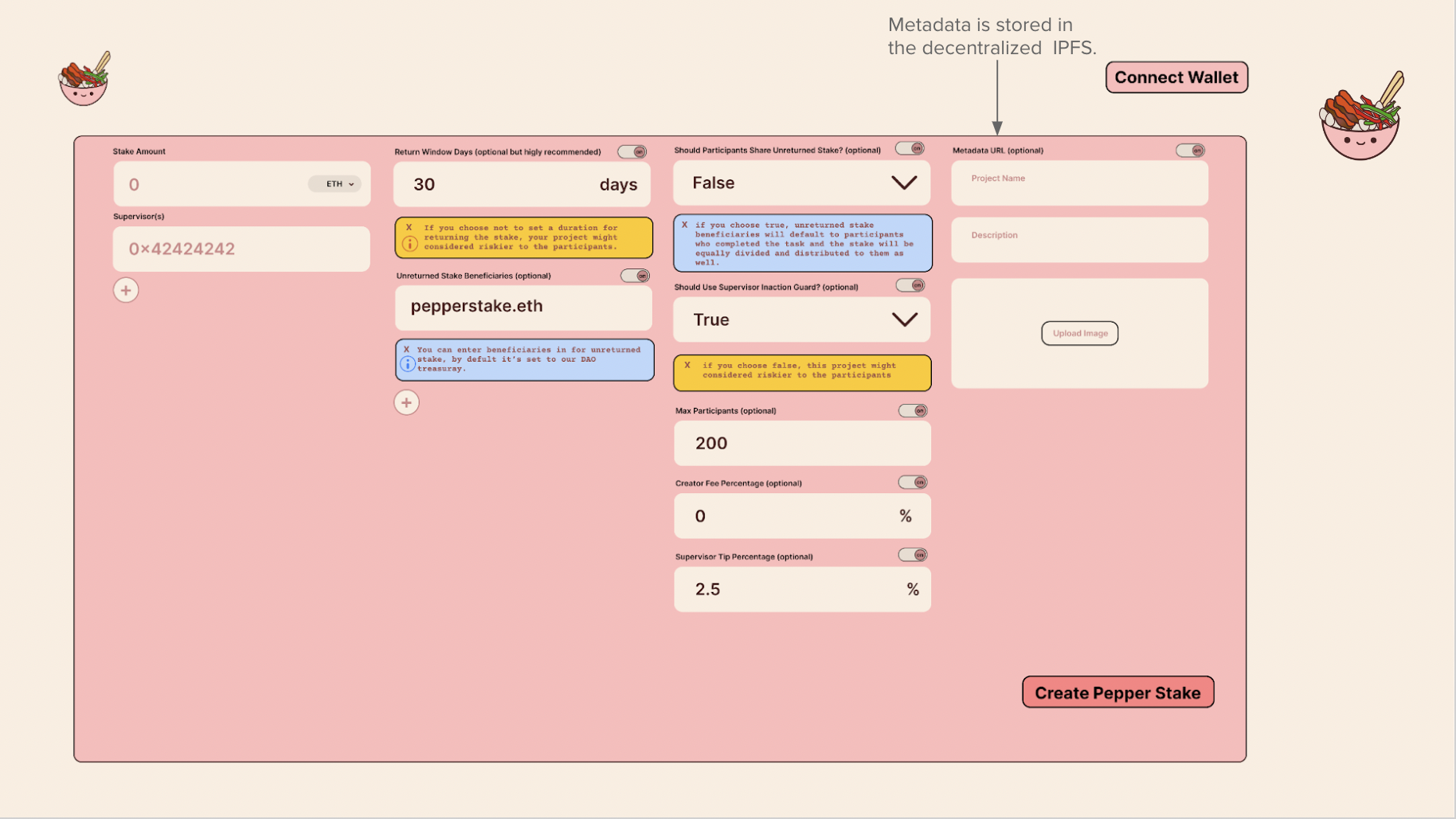 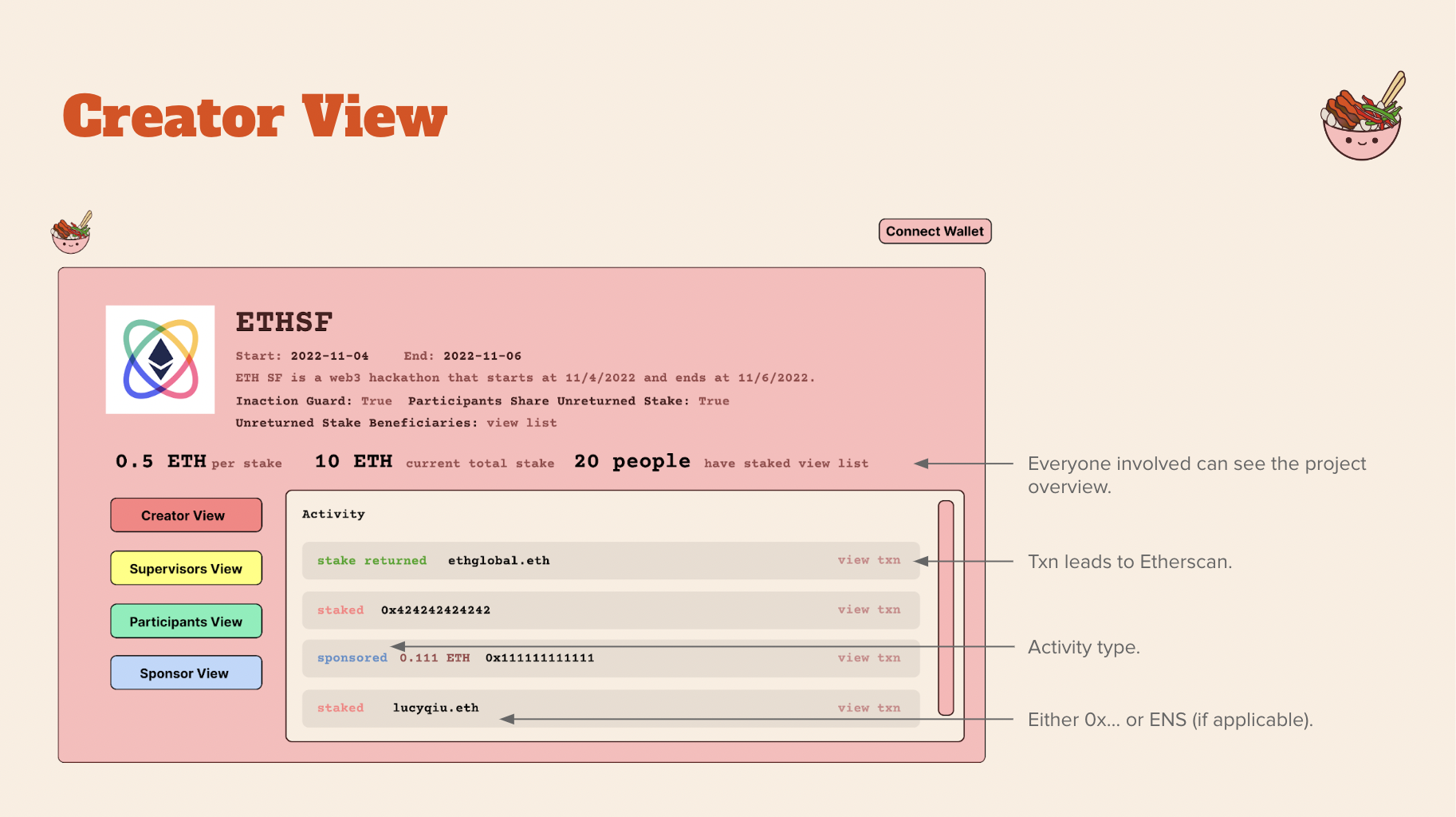 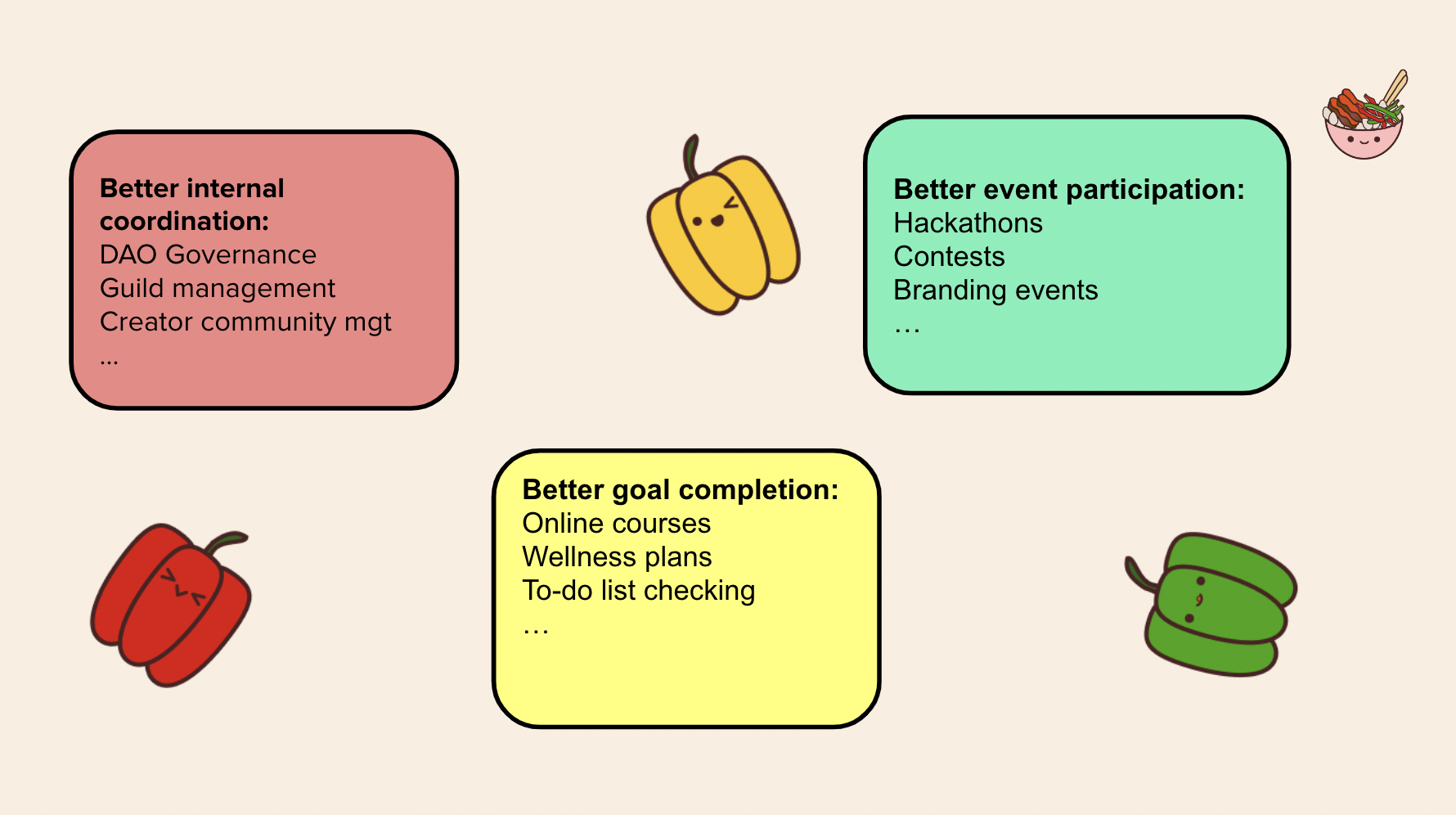 A creator creates a PepperStake, and specifies things such as how much to stake, how many participants, how long the participants have to complete their goal, and which addresses are the supervisors who verifiy the goals have been completed.

A supervisor is an address who is designated by the creator to be allowed to verify a participant has completed their goal and get their stake returned.

A participant stakes cryptocurrency into a PepperStake, and if completion of their goal is verified by a supervisor, they have their stake returned.

Additionally, anyone may sponsor a PepperStake with any amount of cryptocurrency, and this can be divided among participants who complete their goal in the end of the time period.

The PepperStake protocol is simple and flexible and can be used for anything from individual goal setting and personal accountability to sponsoring a thousand-person hackathon :)

PepperStake Protocol is built with:

Pepperstake has additional integrations with:

This project was born of two overlapping ideas. Jonathan wanted to build a project called victory.money, which would be a web3 implementation of sites like StickK and GoFuckingDoIt. Lucy wanted to build an app which would make it easy for people putting together group events such as Hackathons or Contest to both make it easy for them to return/pay participation pools.

We realized these two ideas could overlap in a flexible protocol, and thus PepperStake began. A protocol flexible enough for anyone to set goals and expectations, providing accountability for those expectations.

Our team designed and produced an entire contract suite, subgraph, web app, and presentation, and I am happy with how many areas of a full web3 protocol we were able to touch on.

We had the idea to build a personal accountability web app to showcase a custom frontend for the protocol, but did not have time to get around to prototyping it.