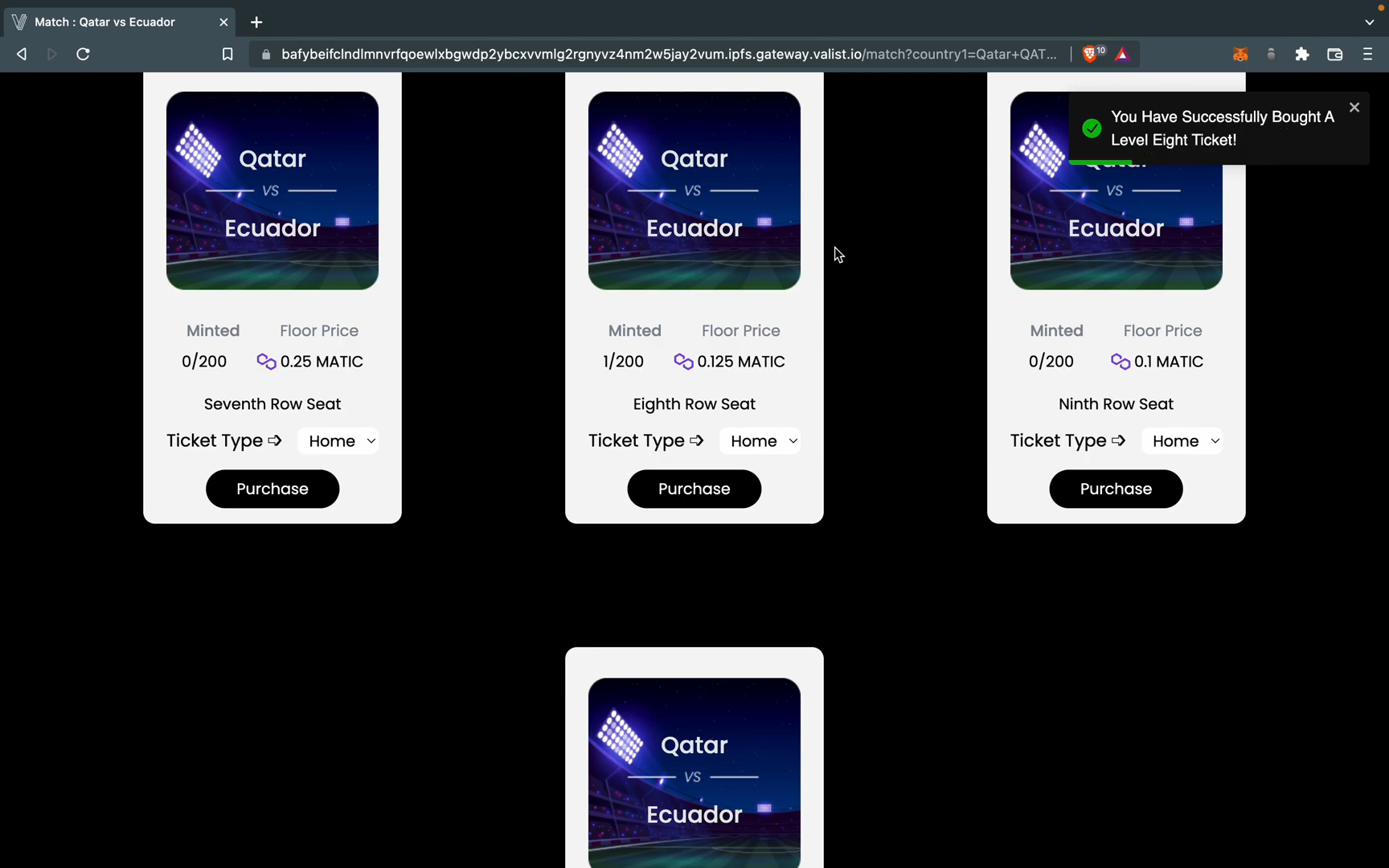 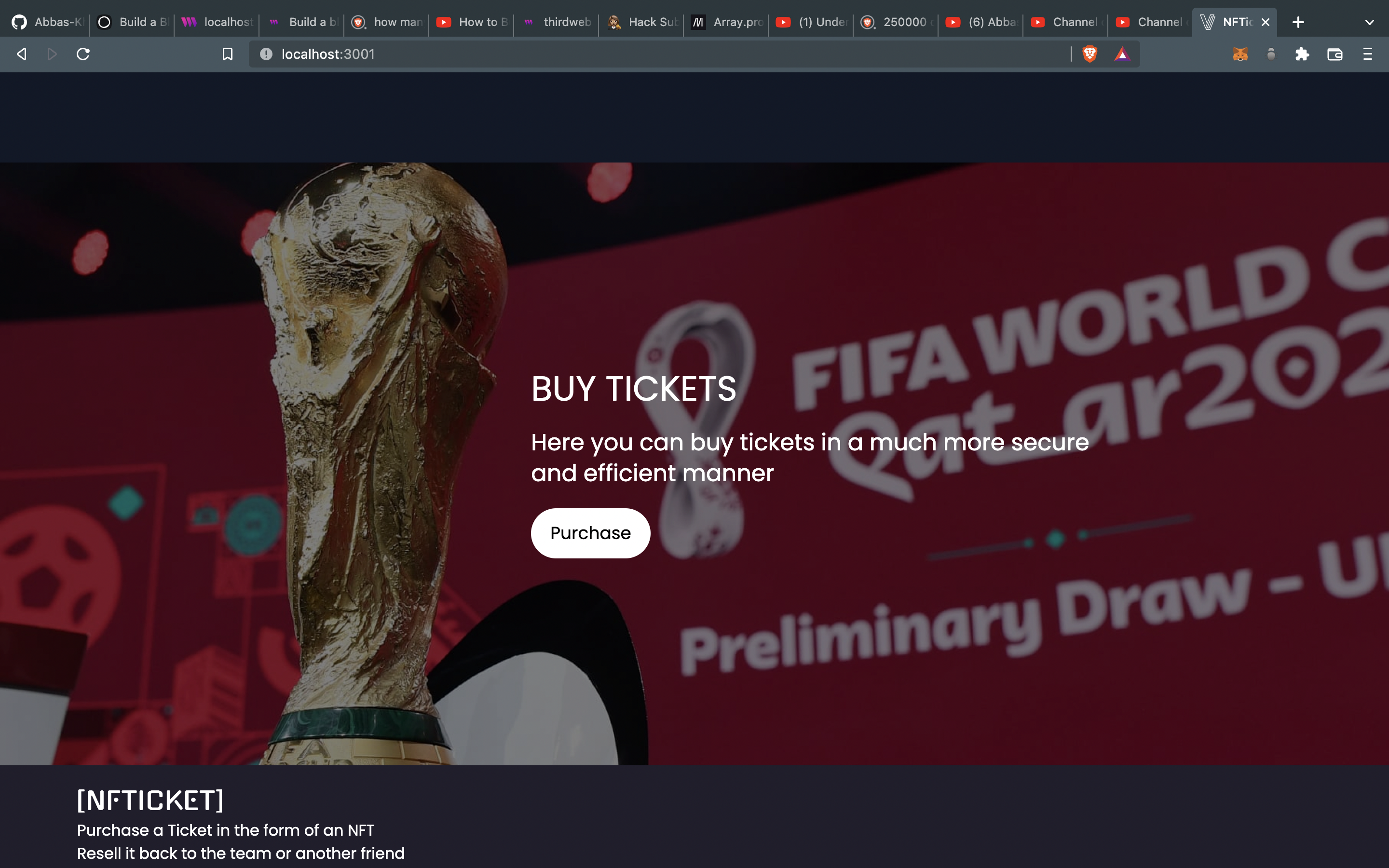 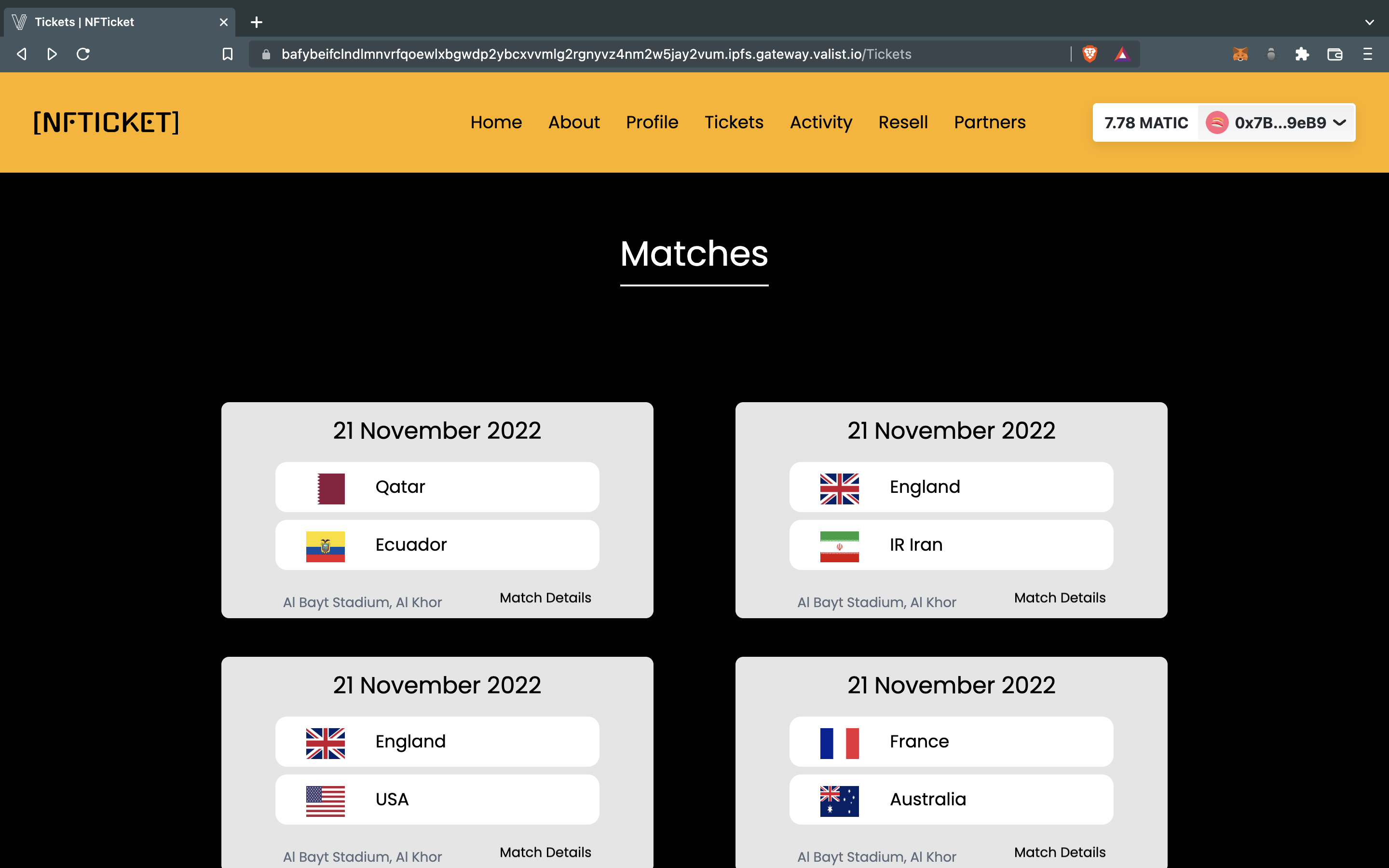 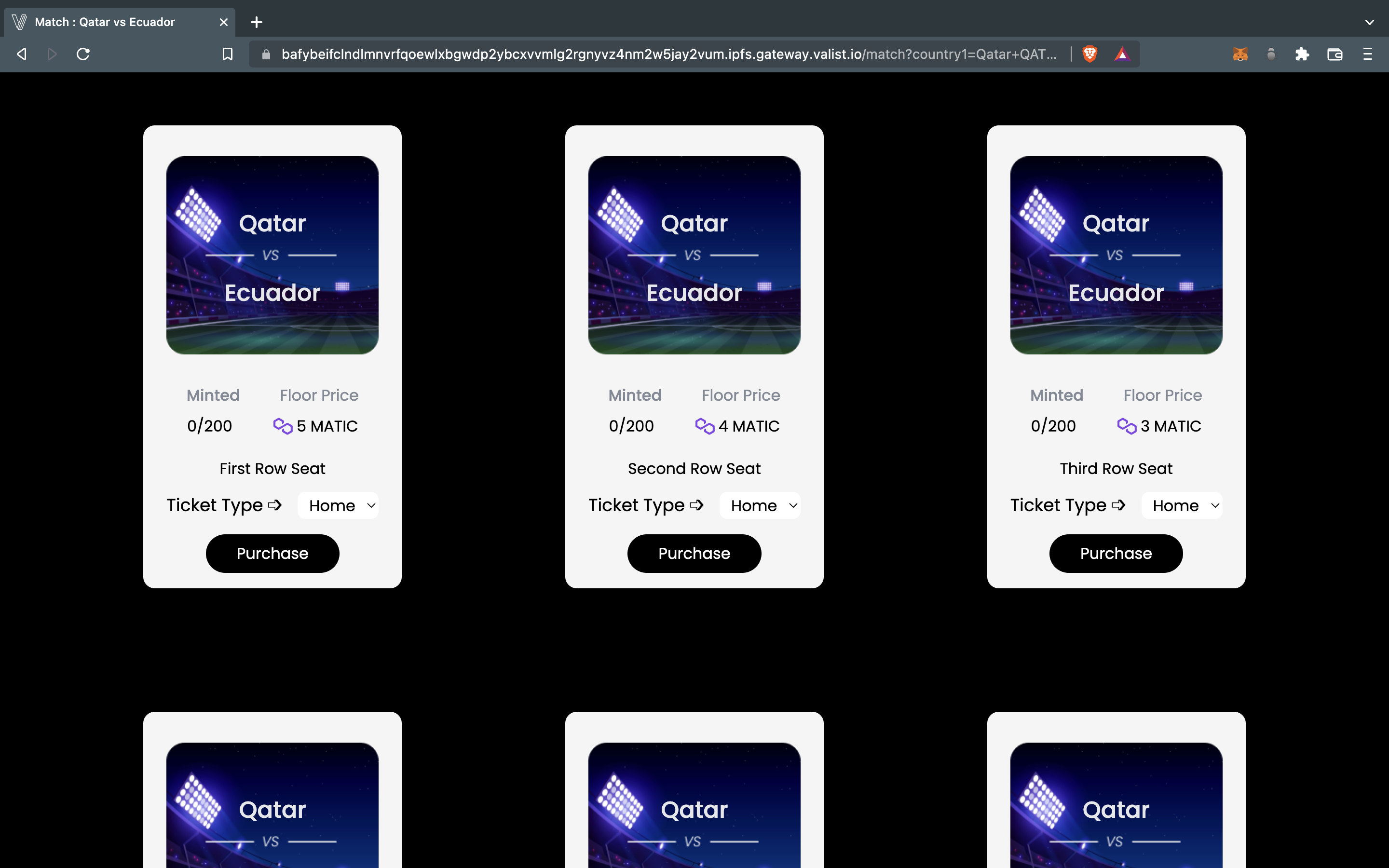 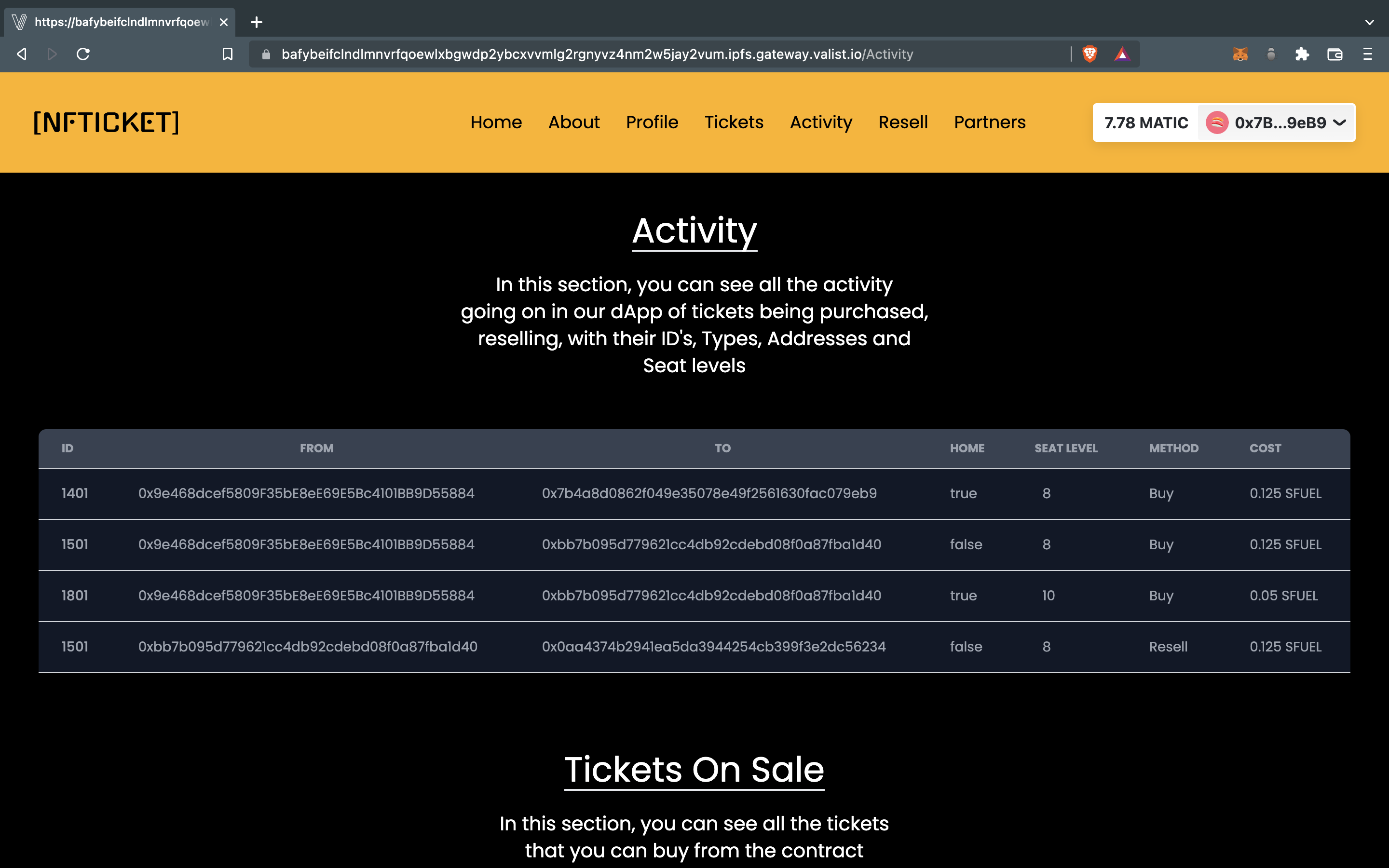 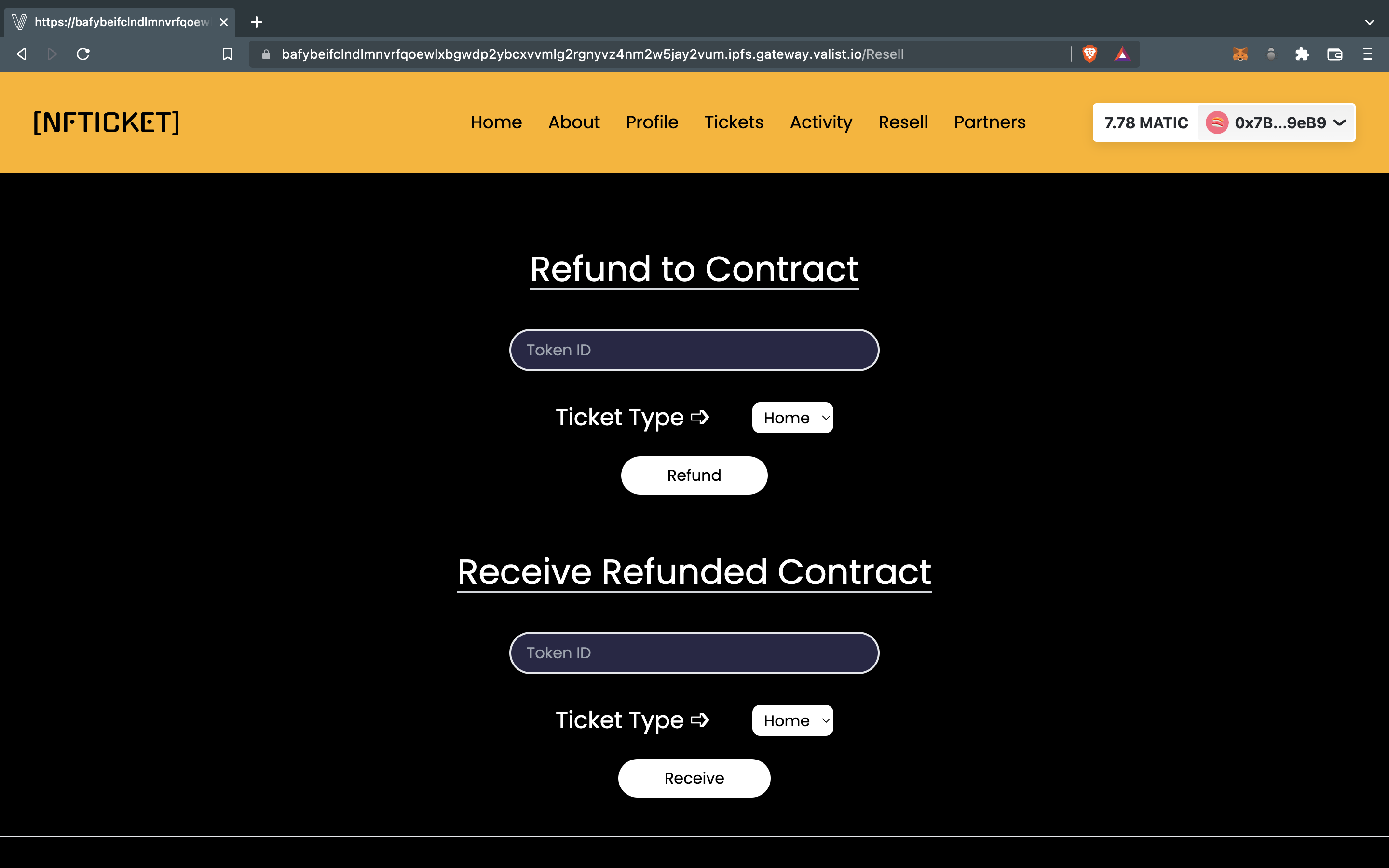 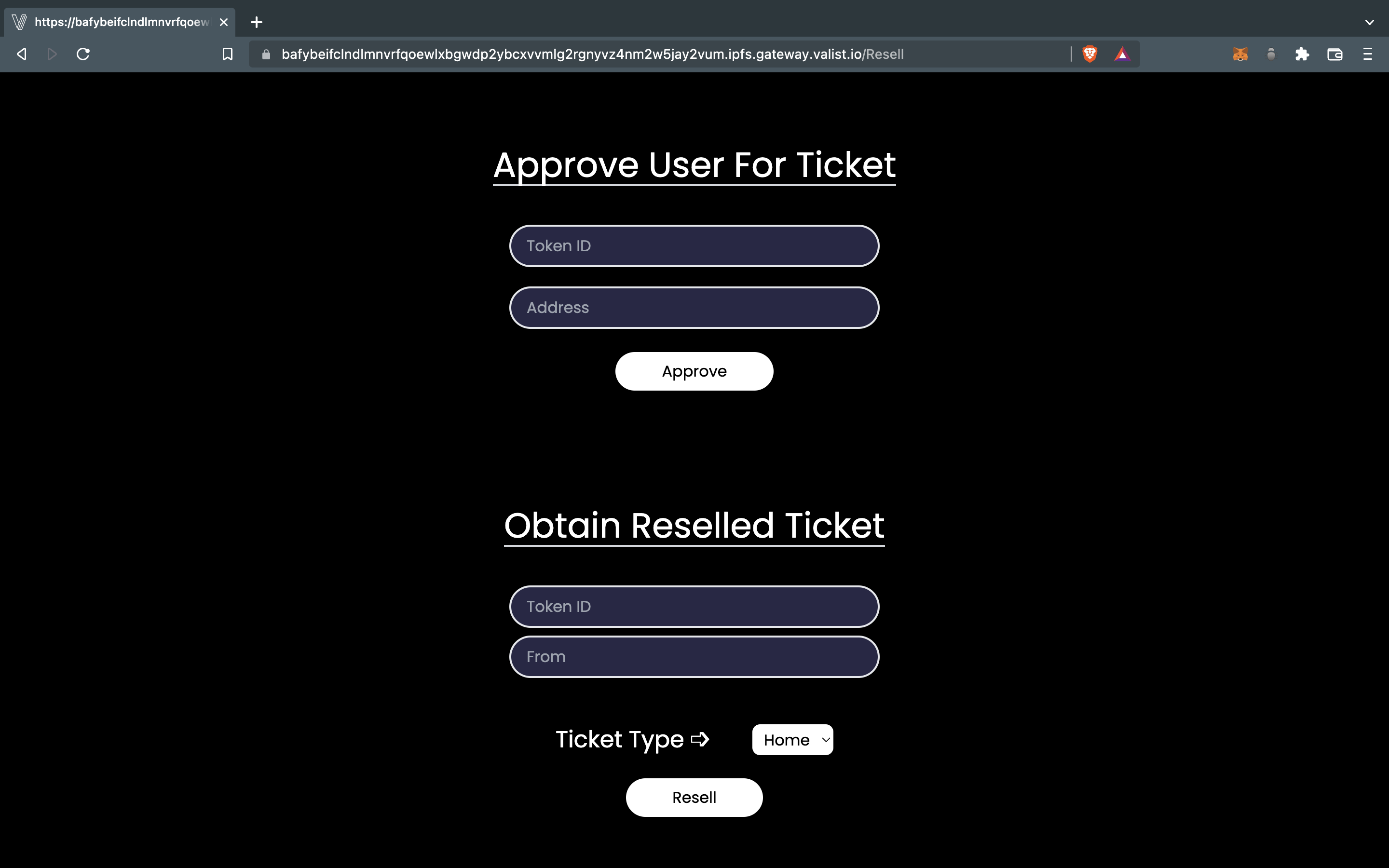 NFTicket is a decentralized platform that allows users to buy, and resell tickets in the form of NFTs. NFTicket also allows users to see all the activity on one single website. This platform was built keeping this year's World Cup in mind knowing how big this tournament is, The problems with reselling tickets are also as big, According to FIFA more than half the planet watched the 2018 world cup final. According to a very well-known English resource "The Guardian" The ticket reselling for that year's WC had already started in June and resellers were making thousands of dollars per ticket which is completely unfair and totally against the laws and regulations of any country. Buying tickets for fans has already become a problem due to them being expensive and now you have these people that are trying to make a profit out of it making it difficult for middle-class and lower-class fans to enjoy a game in the stadium. This process has turned the sport into a rich man's sport which is completely against the values of Football. Our Mission is plain and simple, To make sure sports is for everyone, Being Poor or Rich shouldn't stop a fan from getting a ticket and enjoy see his team play. But also ensuring the security of the fans. Most of the times in football matches you can't pair up fans from two teams it has resulted in many bad accidents bringing a real threat to the safety of fans. NFTicket solves this problem by providing Home and away tickets for each match. We also ensure that the real fans of the game who want to resell their ticket, not for profit purposes can also resell it in many different ways for the exact same price that they bought it for. Football is FOR EVERYONE!!!

The smart contracts were made for two very important things: to be able to buy tickets and for others to resell their tickets without being able to resell it for a higher price than the original ticket price. The other transfer functions are disabled for users other than the owner of the contract. Also, people can choose to refund the ticket back to the contract and people can see what minted tickets the contract owns and it's a first come first serve opportunity in obtaining that refunded ticket. This can all be called on the app. The subgraphs are used to query the data of people buying, selling, and refunding the tickets. Most importantly, the subgraphs are used to display the current tickets the owner owns on the profile page. The contracts and subgraphs are deployed on the mumbai testnet. Furthermore, the nft pictures have all been uploaded to skales filestorage. Our app is deployed in a decentralized way by being deployed to valist.