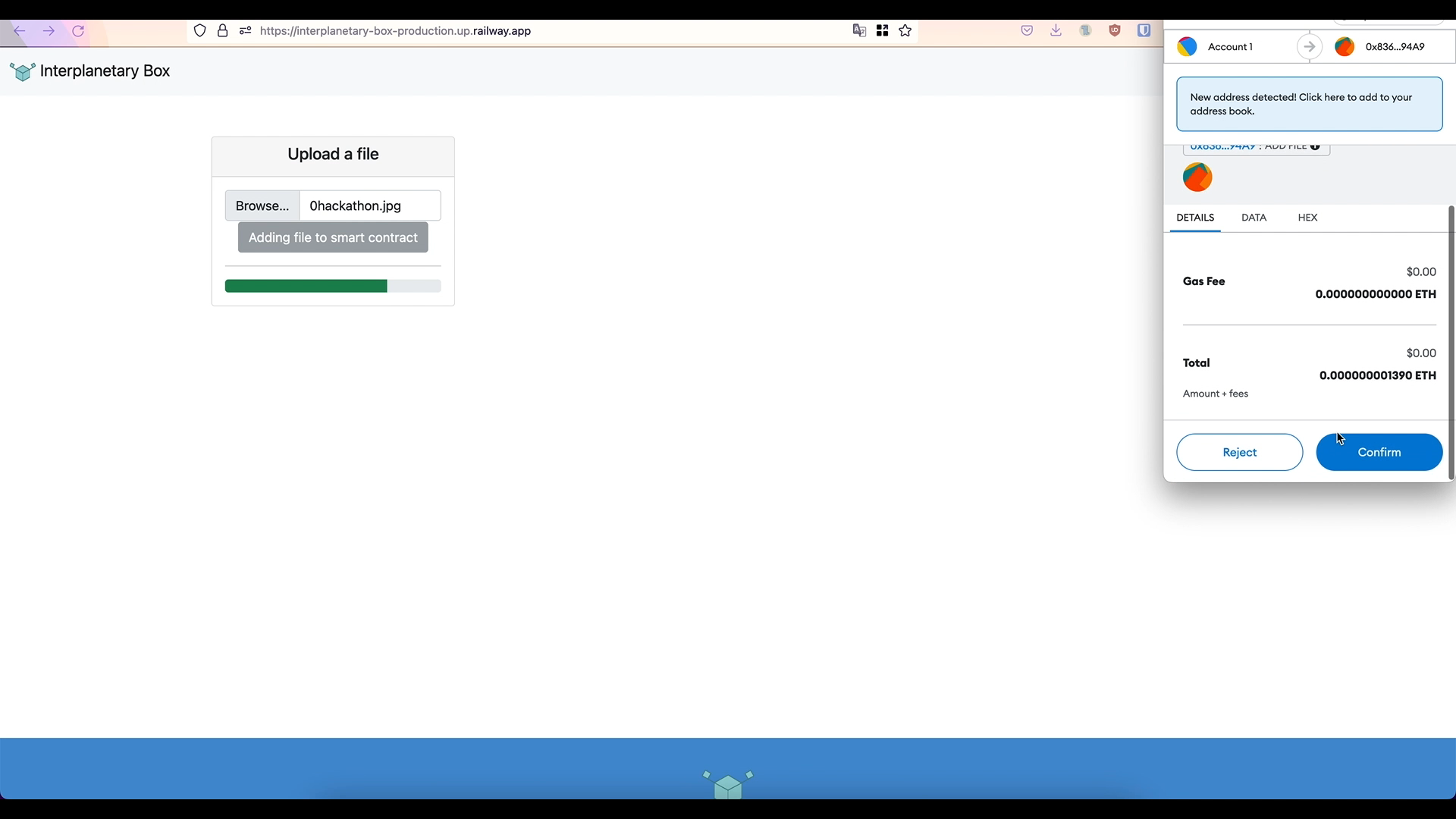 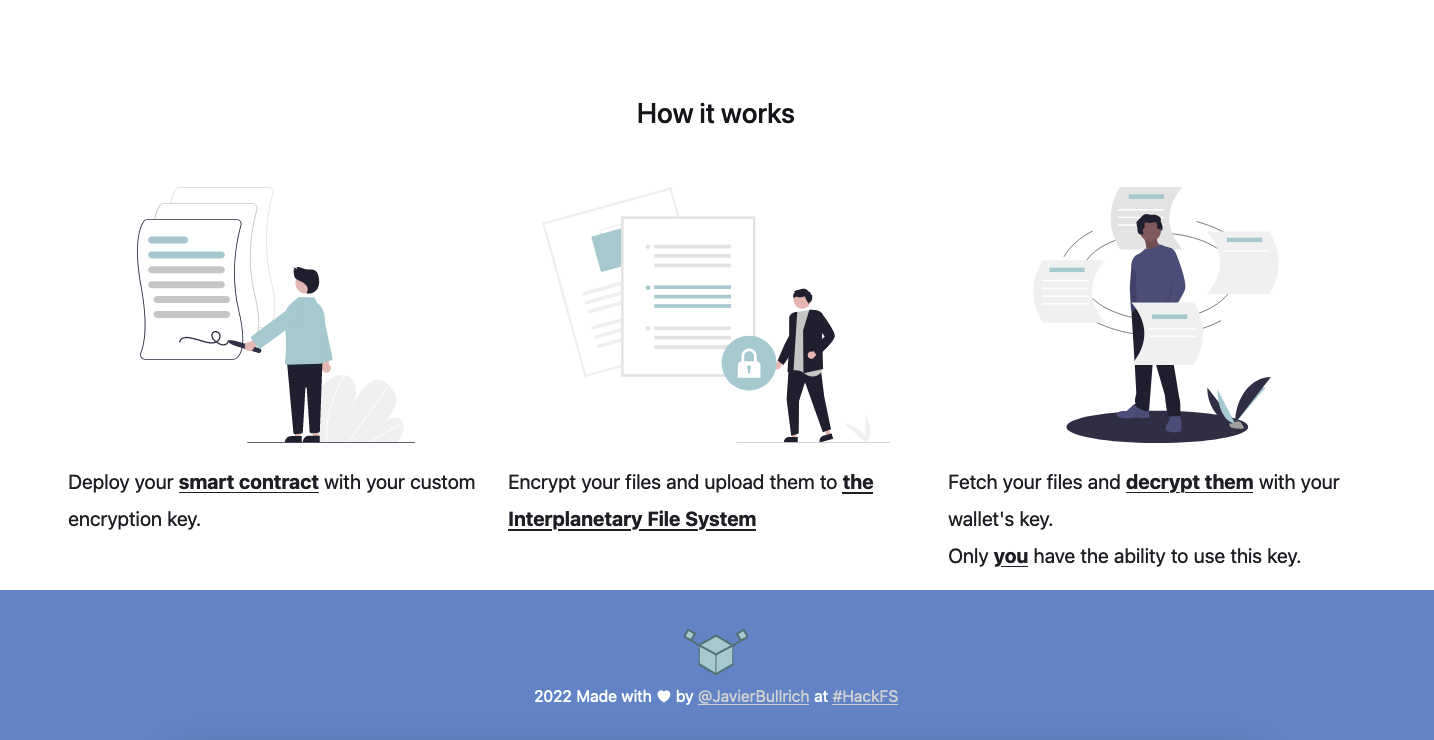 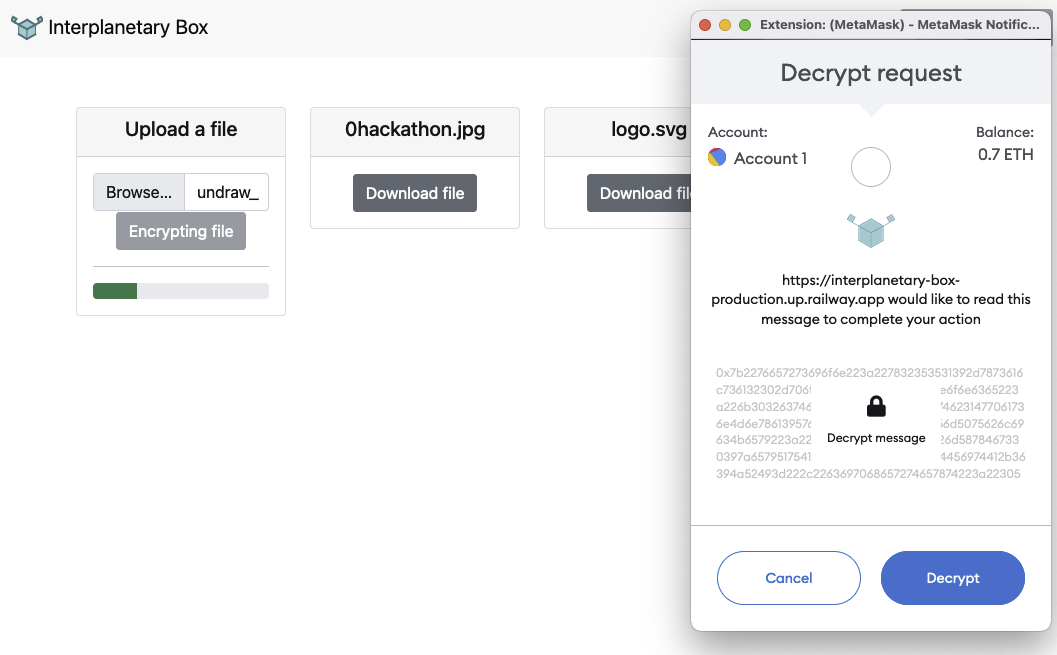 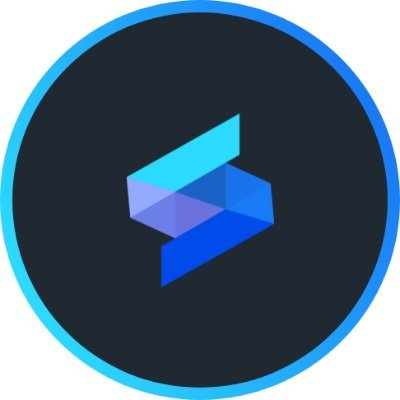 Interplanetary Box is a secure file storage system. It allows users to deploy their own smart contract and start storing their encrypted files.

It utilizes the power of decentralized storage to store files securely, which before being uploaded are encrypted by an AES encrypting algorithm.

The file's CID is stored in a smart contract where only the owner can access them and the encryption key is also available there, heavily encrypted.

This key is encrypted using a wallet's public key and can only be decrypted by the owner of the wallet's private key using a custom metamask method.

A smart contract is deployed in the polygon network storing this encrypted key where only the owner can access it.

The smart contract has a dictionary where it stores all the available files and their CID.

When the user wants to upload a file, the dApp fetches the key from the smart contract, decrypts it using a custom metamask method, and then it uses the key to encrypt the file data. After that, the encrypted file is sent to the server where it is uploaded to IPFS and the CiD is returned to the client. Finally, the client updates the dictionary with the name of the new file uploaded and the CiD of this file.