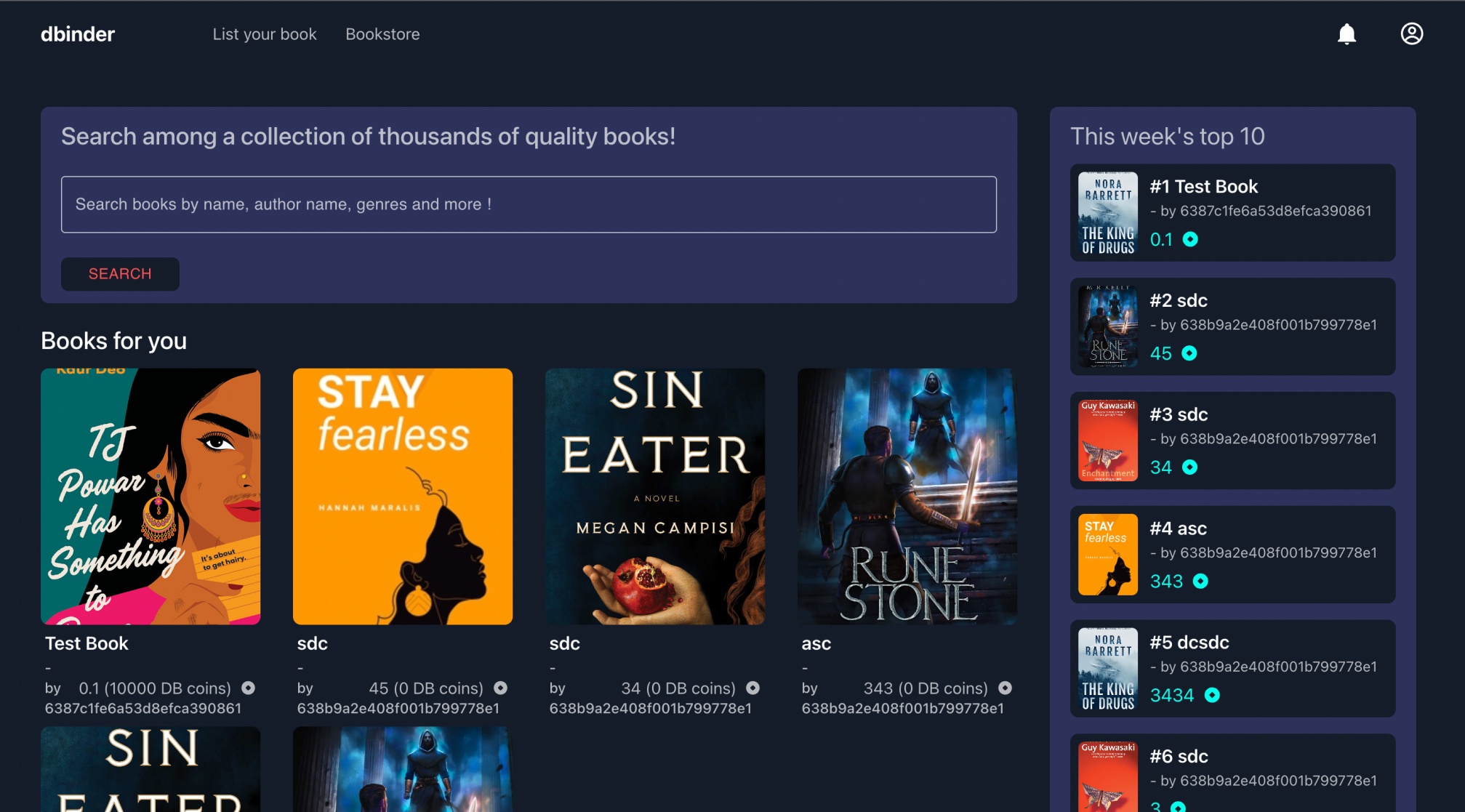 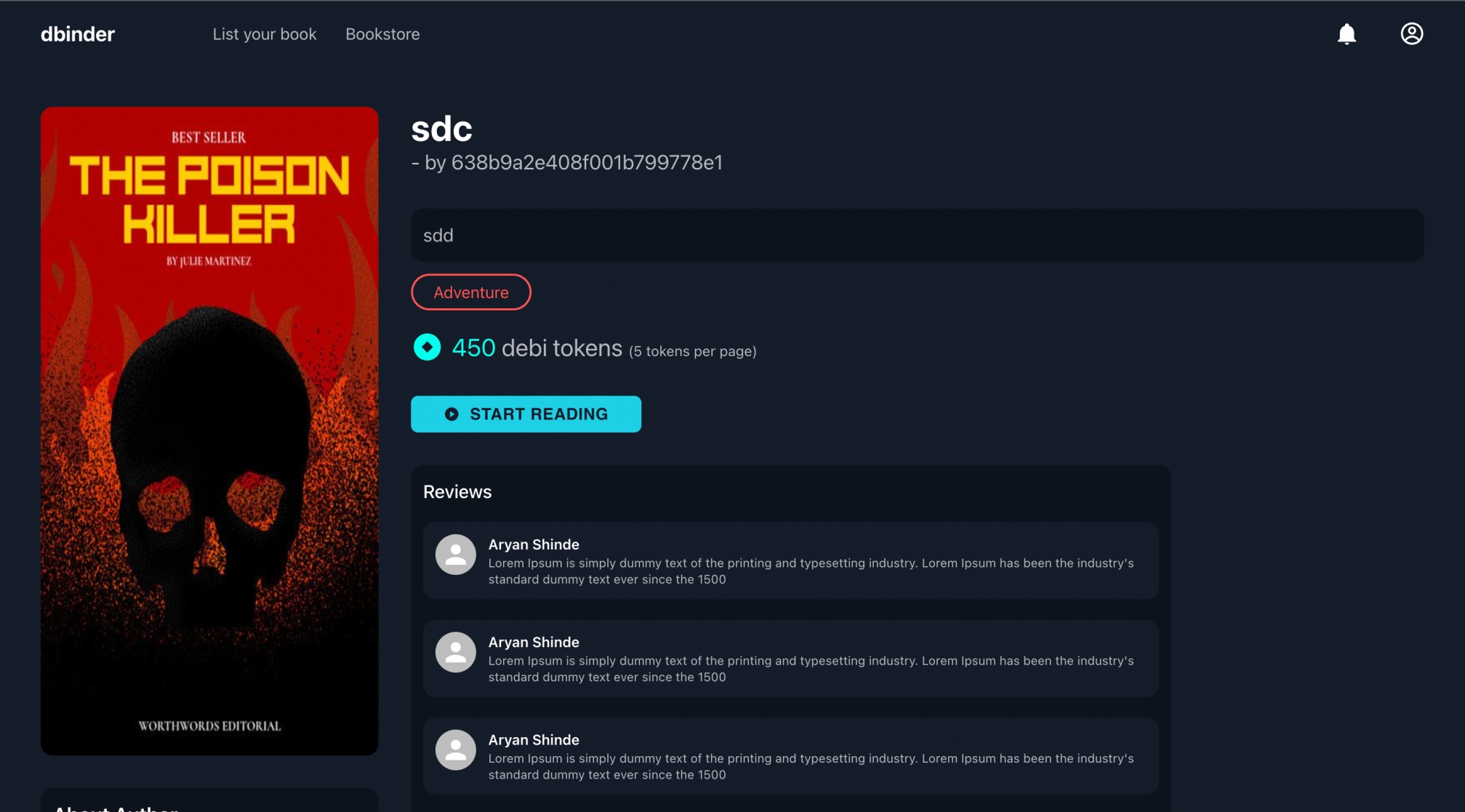 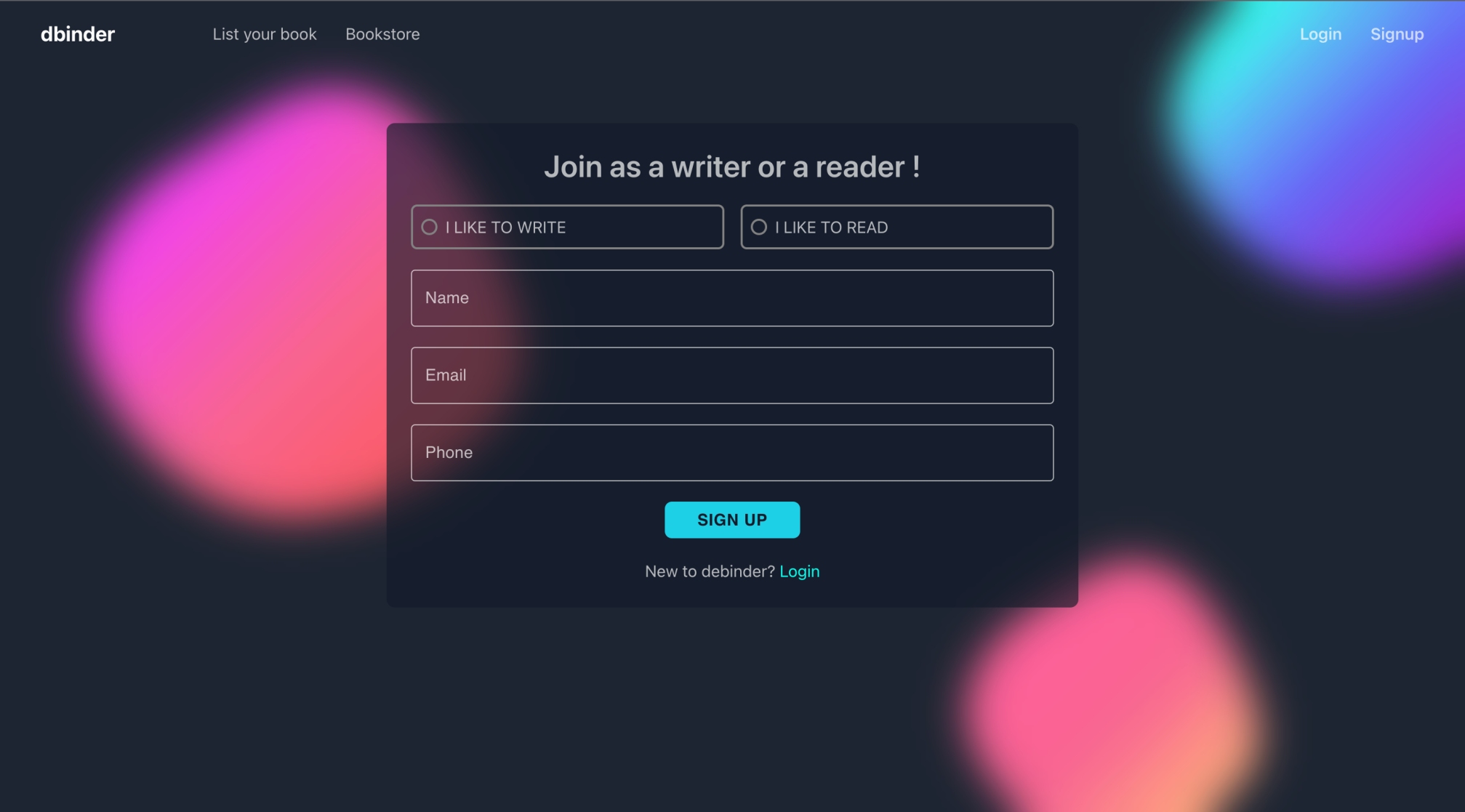 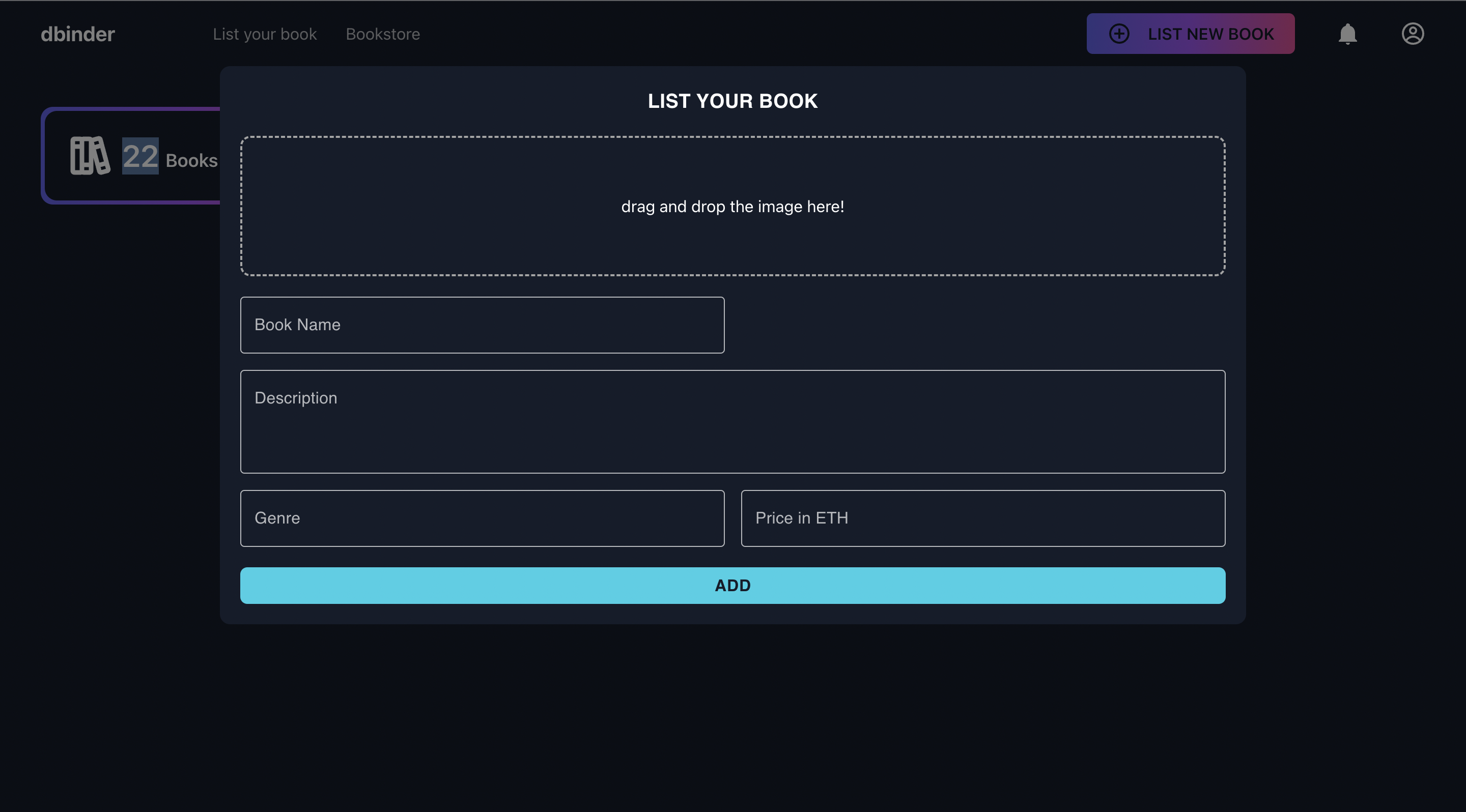 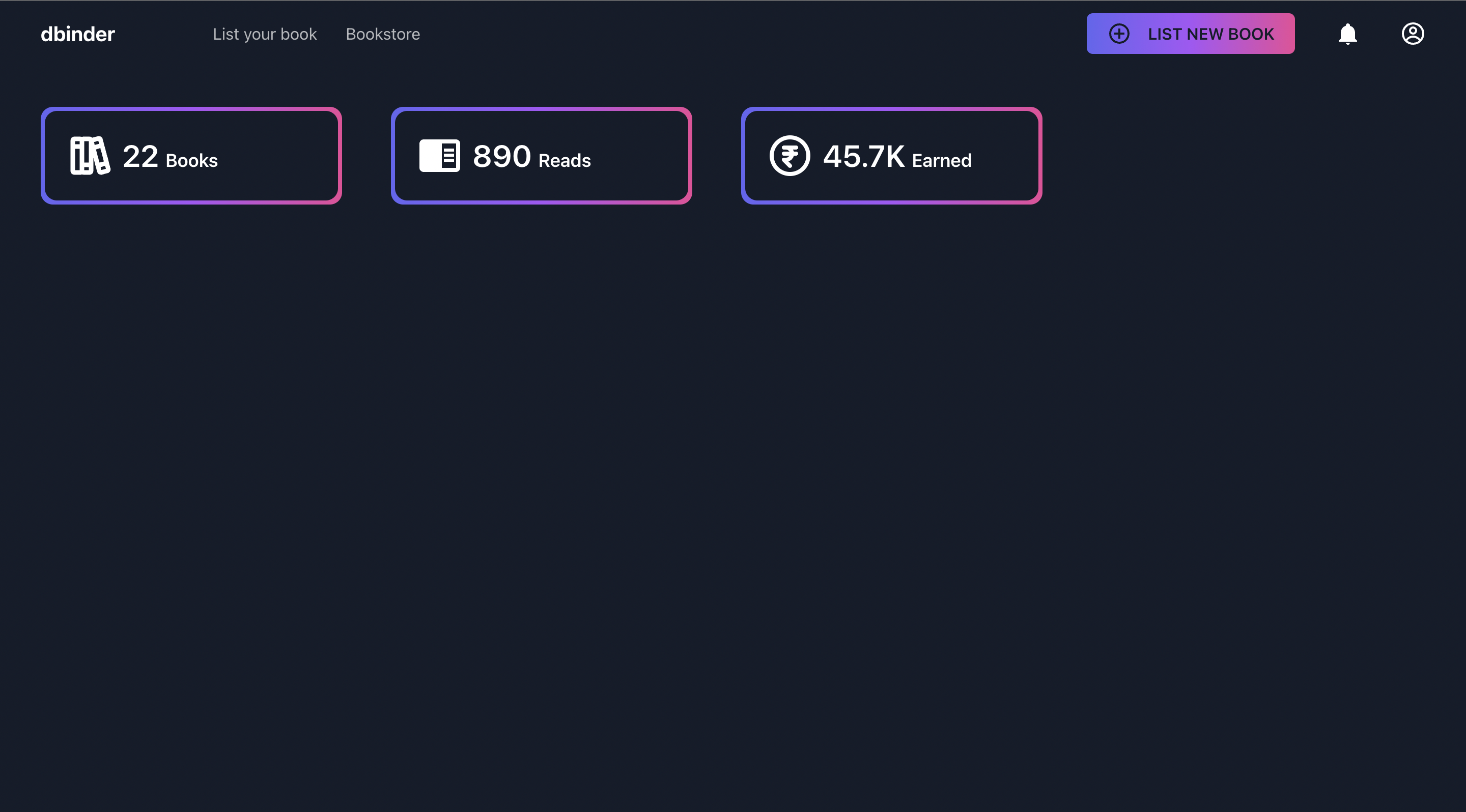 DBinder aims to eliminate the middle man i.e. the publishers or any other online book services. These publishers have a complete control on the economy of the book market, they can regulate the stuff that authors write and they also take up a huge percentage of the profit. So we have basically created a decentralized marketplace for authors to list their work. And the best part about this is that the users pay only for the number of pages they read. This creates an awesome loop for both, the authors and the users, such that, the users are more willing to try out many more books than they usually would, because they only have to pay what they've read, and since there are more users per book, the authors get more readers than they usually would, and hence, more value.

Two of the services we used to interact with IPFS, namely Lighthouse and web3.storage were riddled with problems, one had an deprecated API, which wasn't mentioned anywhere, and the other's SDK was broken, we spent a lot of time analyzing these problems on our side, only to then realise we couldn't use these services at all. We also spent a lot of time brainstorming the idea. We also struggled a lot with passwordless authentication but we were able to figure it out eventually.