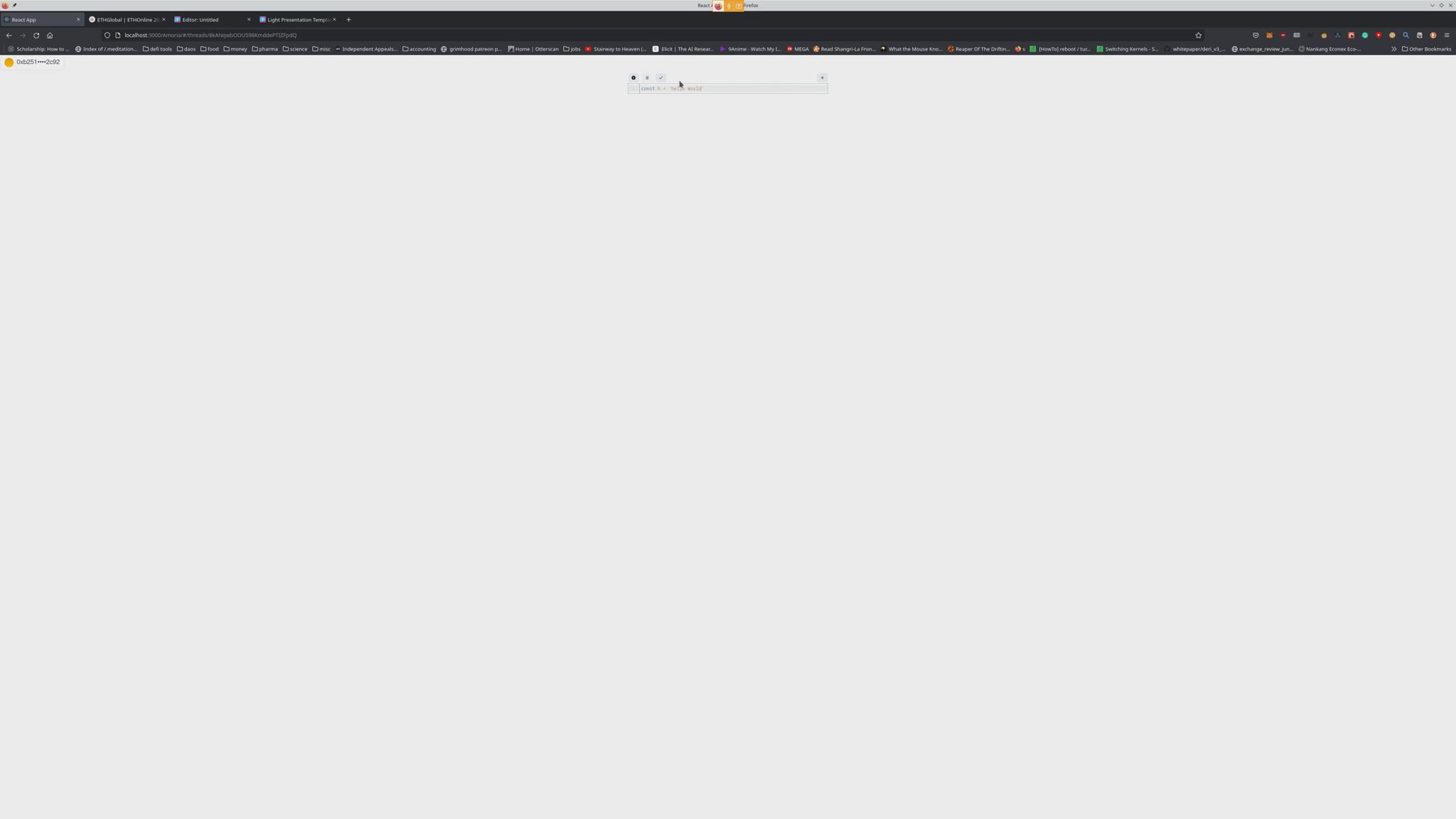 This project is an attempt at creating an alternative way for online scientific collaboration. It uses in-browser code editor that displays markdown and javascript (currently) to compile and display code and comments. Users are able to create their own workspace and publish it online for others to see via convo. space. Other users are then able to comment on each code block which allows for driveby and pseudo-anonymous collaboration.

This project uses react and typescript for the frontend and connects to IFPS via convo.space platform. I tried to use composeDB as a graph database but it was not yet at a ready state to use so I abandoned that to try and use IFPS instead (via convo.space). The convo sdk was great to use as it allowed me to publish each code block as an individual comment and make workspaces into psuedo-threads, however as it was not a graph database I was not able to actually any the code block into its own workspace, (potentially allowing for comments of other people's workspaces to branch off its own workspace seamlessly)/