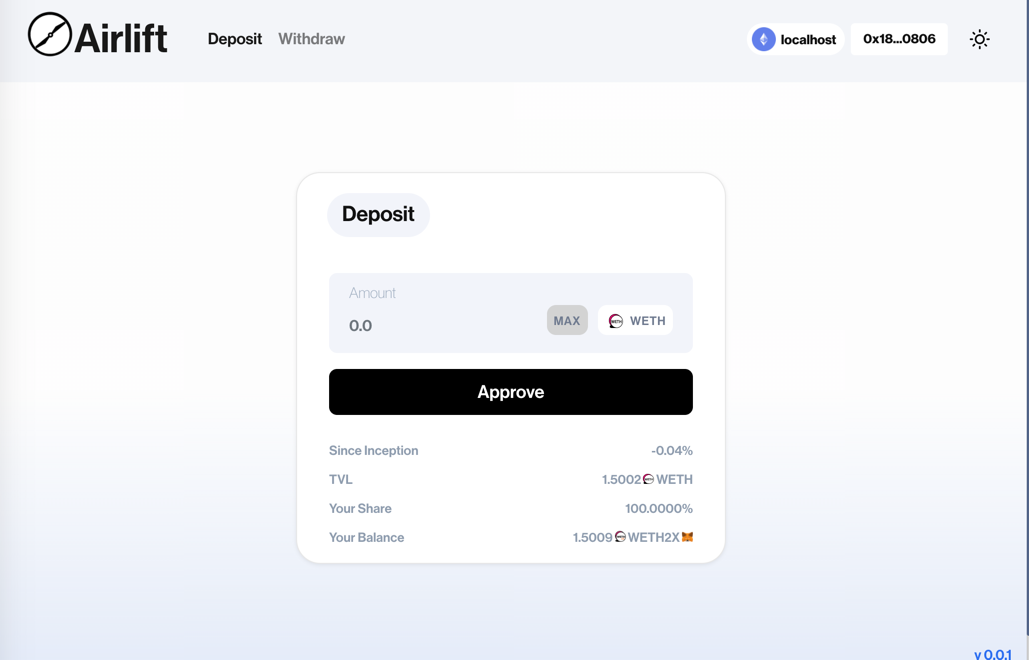 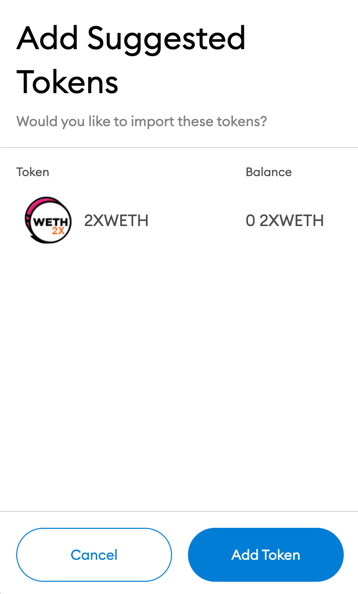 Airlift Finance increases your exposure to an asset using a passive leverage strategy. There is only one vault (so far), which aims to provide 2X exposure to WETH:

The vault and strategy contracts were initally based on open-source contracts from Beefy Finance, though the StrategyAaveLeveraged.sol strategy is significantly different than the original, as it actually increases your exposure to WETH by borrowing stablecoins that are swapped for more WETH. When you deposit WETH into the vault, the following happens behind the scenes:

The Airlift frontend dapp UI is hosted on Skynet decentralized storage. HTML and CSS is based on the frontend of UniLend Finance. The current version of https://airlift.finance is configured to interact with a fork of Ethereum Mainnet running on http://localhost:8545 (in my testing this fork was created using Hardhat based on an Alchemy RPC endpoint). A previous version was running on a testnet but due to the unpredicatble liquidity pools and widely different values coming from Aave and Uniswap price oracles, the leveraging and deleveraging swaps couldn't be reliably tested or demontsrated on the testnet. Forking mainnet -- which I had never done before! -- solved this and helped with debugging as it also enabled me to use Hardhat's console.log feature and actually have errors referencing line numbers in the contracts ... as opposed to just revert errors.