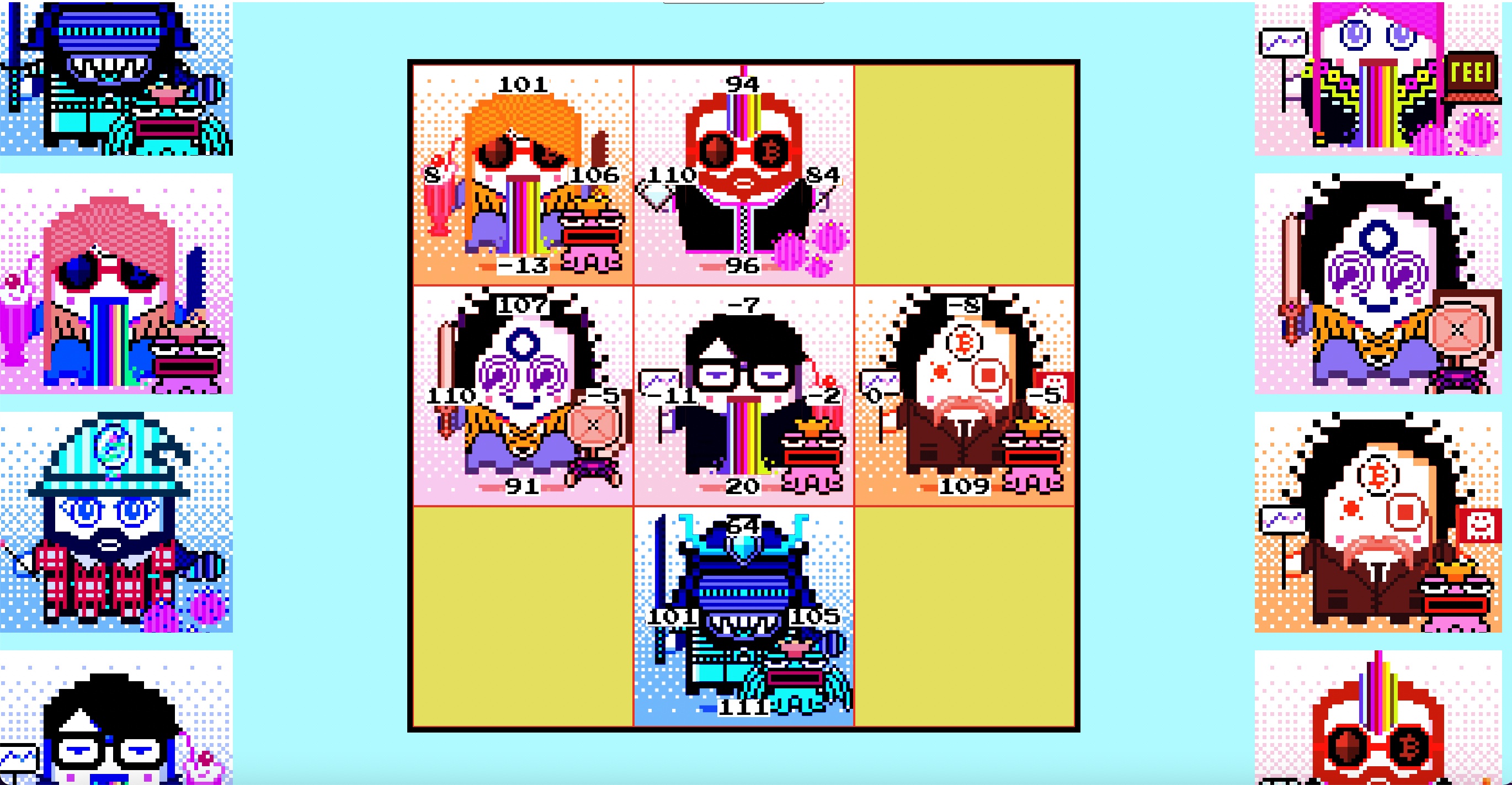 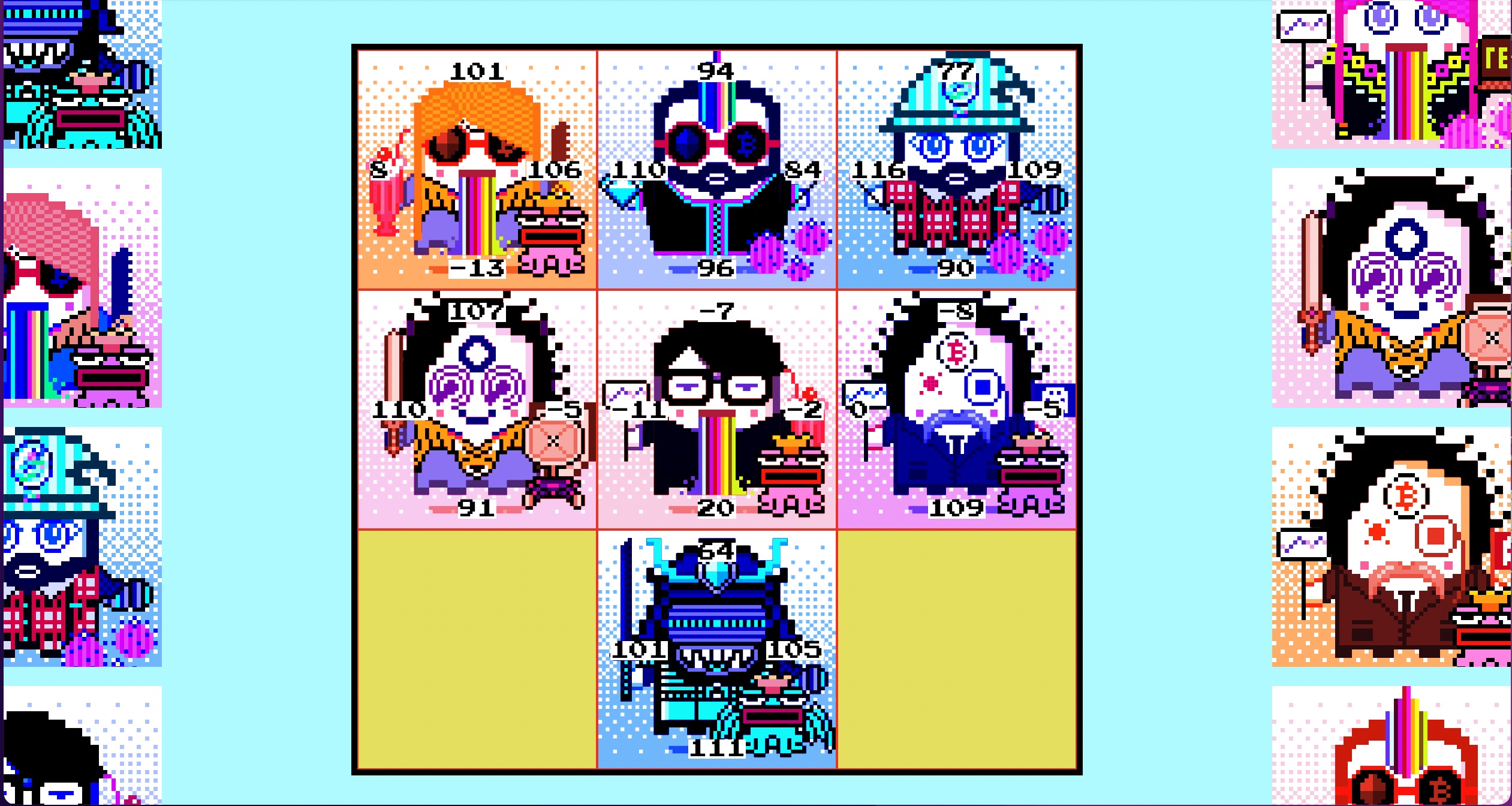 we have created a simple card game, inspired on Final Fantasy, where users bet DAI and play against each other. The users begin by registering their game, and are able to place their Aavegotchis in a 3x3 grid. Each Gotchi will have its skills values based on its NFT attributes, and would compete against the opponent's Gotchis. The users take turn to place their Gotchis, and these placements will influence the layout of the game, turning enemy gotching to your team and viceversa after each turn. The game finishes after all 9 slots on the grid are filled with gotchis. There is also a possibility to play against a computer. Winner party receives 2x their wager, and the yield that was generated by the deposit is kept inside the protoco.

Using aavegotchi, aave, polygon, react and solidity, hardhat. We take the DAI and stake it in the aave vault and then the player are able to interact with the react frontend where they are able to specify their move. After 9 cards are placed, a winner is chosen based on the game logic, the winner earns the bet and the yield generated stays in Aave until it's withdrawn by our dev team