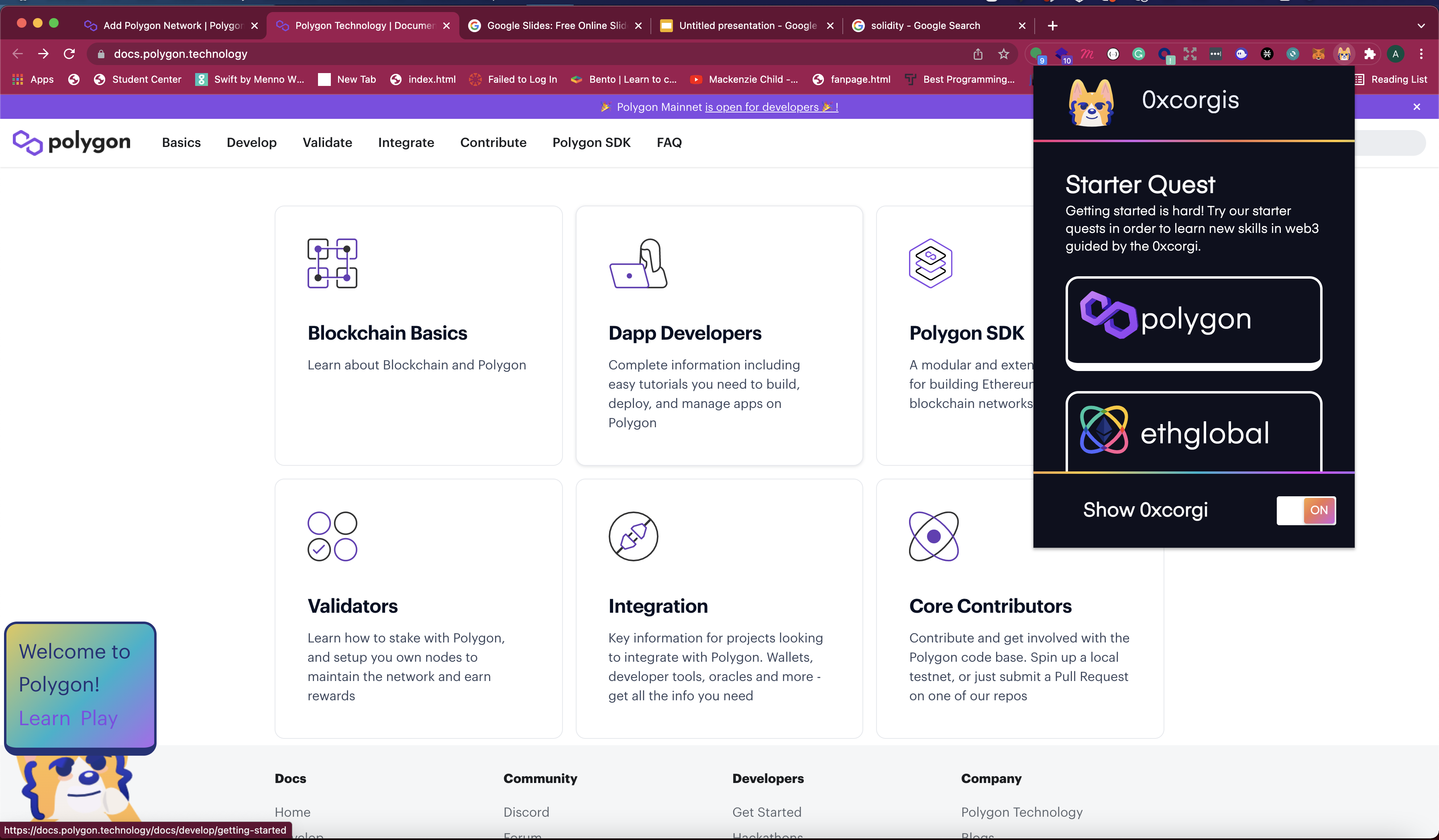 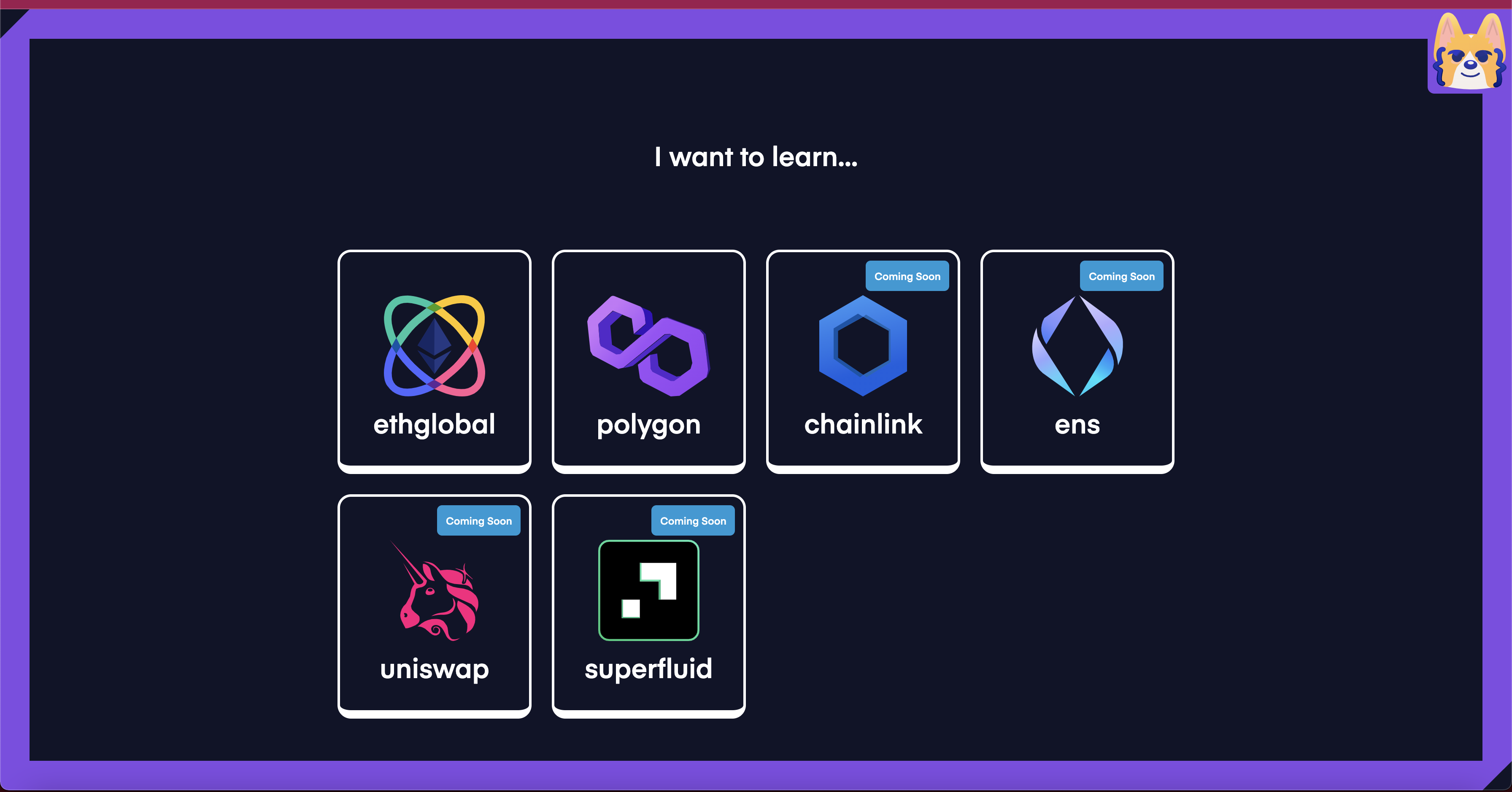 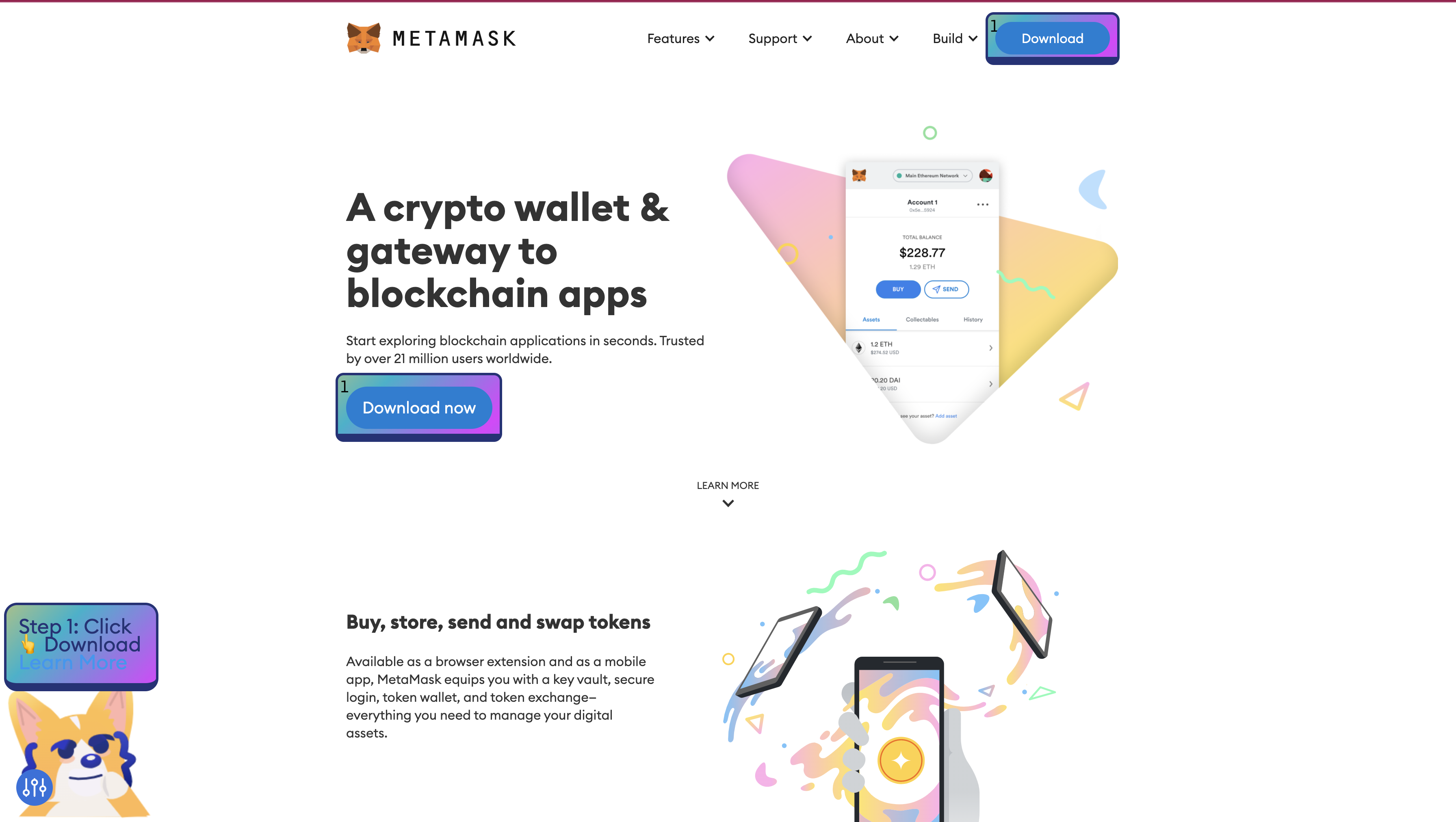 We want to make web3 docs cute and informative!. The goal was to make documentation a minigame to learn more and onboard new developers to get set up and start coding. When a user navigates to one of the sponsor's documentation, it will activate a play-to-earn game or comic to practice or inform. It is Duolingo Web2.0 plus Microsoft Clippy 1.0 = 0xcorgis Web 3.0. A learn-to-earn game in the web3 space.

The nitty-gritty details were on the mini-game theory and how web3 documentation can be really confusing. I wanted to use polygon for its cheap deployment and gas. I wanted to build a UI/UX tool to help developers move from web2.0 to web3.0. Adding my contract to the testnet helped me focus on the user interface and future features. I'm impressed to make this project semi-decentralized and later focus more on smart contracts when the levels get more complicated with the time restraints. The tech stack was ipfs, solidity, hardhat, nextjs, vercel HTML, polygon network, CSS, and javascript. The animations were using rive, which was performant to see from ipfs.